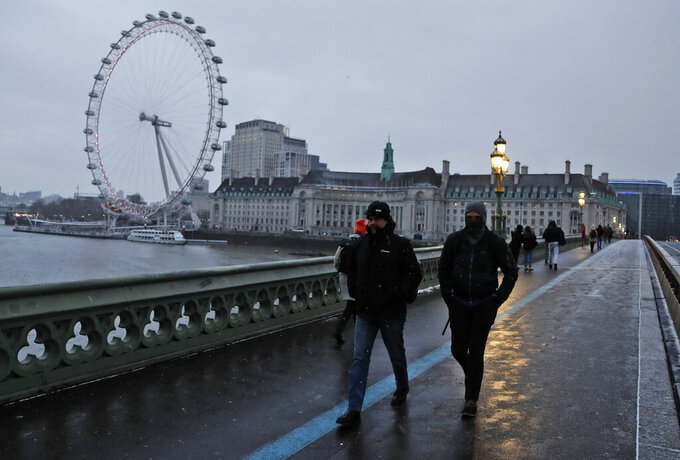 Arizona election equipment was certified ahead of midterms

CLAIM: Election equipment in Arizona was not certified by an accredited testing lab before it was used in the midterm election.

THE FACTS: Voting equipment used in the 2022 election in Arizona was certified by the Arizona secretary of state and the U.S. Election Assistance Commission, according to spokespeople and documentation from both offices. A video showing a man claiming that the certifications for election equipment in Arizona lapsed prior to the 2018 election has spread widely online in recent days, with many social media users claiming that such equipment was not certified during the 2022 midterm elections. In the video, a man states that Arizona’s election machines must be “certified by an accredited test lab” before claiming that the machines’ “accreditations had expired at the time of the original accreditation” going back to the 2018 election. A Twitter user who posted the video last week wrote that “the voting machines in Arizona were not certified and thusly the election in turn cannot be legally certified.” The tweet with the video was shared over 15,000 times. But the equipment used in the midterm elections was certified, according to officials and publicly available documentation. “All of Arizona’s election equipment that is currently in use meets federal and state standards and remains properly certified,” Sophia Solis, a spokesperson for the Arizona secretary of state, wrote in an email to the AP. Election equipment used in Arizona must be certified by the U.S. Election Assistance Commission and the secretary of state to ensure the equipment meets both federal and state requirements, according to Solis. The certifications don’t lapse, though recertification is necessary if significant upgrades or modifications are made to equipment, she wrote. The office maintains a publicly available list of Arizona voting equipment that has previously been certified, as well as a list of hardware used in the 2022 cycle, with the latter showing three companies — Dominion, Election Systems & Software and Unisyn. An Election Assistance Commission web page shows that all Arizona counties use voting systems that have been certified by the commission, and also lists the same three companies. “According to our records, there are three EAC-certified systems in use in Arizona,” Karen Meyers, a spokesperson for the commission, wrote in an email to the AP, citing the same systems. Manufacturers of election equipment submit applications for certification to the Election Assistance Commission, said Laura Albert, an industrial engineer who studies voting systems at the University of Wisconsin-Madison. Federally accredited labs conduct tests of the equipment as part of the certification process. “There’s a lot of checks and there’s a lot that election officials do to ensure the integrity of the system," Albert said.

THE FACTS: This distorts county data. As officials in Arizona’s largest county met to certify the canvass of the 2022 election on Monday, social media users shared false claims about the county’s published Election Day turnout numbers. “IMPOSSIBLE: Maricopa County Lost 291,930 Election Day Votes?” read a headline on a popular conservative website. “BOMBSHELL REPORT: Maricopa County announced that on Election Day over 540,000 VOTERS visited one of the 223 vote anywhere centers in the county DESPITE releasing FINAL OFFICIAL RESULTS DATA claiming only 248,070 people voted…” read a tweet shared more than 8,000 times. The posts referenced a document in which the county announced that, “On Election Day, over 540,000 voters visited a site, which is more Election Day voters than all prior General Elections since 2008.” The posts also cited a document from Maricopa County reporting its final election results, which showed 248,070 “Election Day” ballots were counted. However, these claims misrepresent the 540,000-voter figure, according to Megan Gilbertson, a spokesperson for the county’s elections department. The figure not only includes the 248,000 people who voted in person on Election Day, but also about 290,000 voters who were issued mail-in ballots and returned them in person on Election Day, as well as nearly 3,000 people who cast provisional ballots on Election Day. Together, the 248,000 in-person Election Day votes, the 290,000 early ballot drop-offs, and the 3,000 provisional ballots, accounted for the more than 540,000 people who visited voting centers in the county on Election Day.

THE FACTS: Volkova, a Russian stylist, is not Balenciaga’s top designer, nor is she the woman in the photo, her agent confirmed to the AP. After Balenciaga came under fire in recent days for ad campaigns that were criticized for condoning the exploitation of children, social media users began sharing the gory image. “This is the Chief Designer for Balenciaga, Lotta Volkova,” one tweet alleged along with the image. “Enough said. They knew exactly what they were doing.” It had received more than 19,000 likes and more than 6,000 shares. But Julia Hackel, Volkova’s agent, told the AP that the woman in the photo is not Volkova. “We can confirm that Lotta Volkova is not the person pictured in the mentioned image widely circulated on Twitter,” she wrote in an email. Volkova is also not a top designer at Balenciaga. She has previously worked with the brand, but as a stylist, according to Hackel, who added that Volkova has not worked with Balenciaga since 2018. A Balenciaga spokesperson further confirmed to the AP that Volkova has not worked with the brand since that year. The original photo was taken by a Getty Images photographer in 2016. A caption for the image states that it shows a model during China Fashion Week in Beijing walking the runway for Sheguang Hu, a Chinese fashion designer — not Balenciaga. Balenciaga is being criticized for two ad campaigns. One, for its 2022 gift shop collection, featured children holding teddy bear-shaped bags dressed in what appeared to be bondage gear. The other, for its 2023 spring collection, included a photo featuring a partially-obscured document from United States v. Williams, a 2008 Supreme Court ruling that confirmed child pornography is not protected by the First Amendment. Volkova was falsely accused of being involved in the campaigns after social media users shared screenshots of posts from her Instagram account showing imagery with violent and satanic themes. The account is currently set to private. Hackel said that Volkova “in no way participated” in Balenciaga’s recent advertising campaigns. “We strongly condemn child abuse; it was never our intent to include it in our narrative," Balenciaga wrote in a statement posted to Instagram in response to the criticism."

CLAIM: New figures from the United Kingdom’s Office for National Statistics shows that three of the country’s largest cities, London, Manchester and Birmingham, are now all “minority white.”

THE FACTS: The claim excludes several subsets of data for white-identifying groups. The 2021 census data shows that white residents in London and Manchester across all categories still exceed 50% of the population, though Birmingham falls slightly under that. Following the publication on Tuesday of 2021 census data by the U.K.’s Office for National Statistics, social media users misrepresented information about the demographic data to claim that white-identifying people are now the minority in three of the country’s largest cities. Nigel Farage, a British broadcaster and former populist politician, tweeted to his 1.7 million followers that the data showed that “London, Manchester and Birmingham are now all minority white cities.” His post received more than 8,000 shares and 18,000 likes and spread across social media platforms. But the claim is inaccurate and excludes several subsets of data. While it is true that Birmingham now has a majority of residents who reported their ethnicity as nonwhite, the data released by ONS does not support this claim for London nor Manchester, where white-identifying residents still exceed 50% of the population. ONS breaks down the ethnic group “white” into five categories, English, Welsh, Scottish, Northern Irish or British; Irish; Gypsy or Irish traveler; Roma; and other white. Across all of these categories, the data shows that 53.8% of London residents identified as white, 56.8% of Manchester residents identified as white and 48.6% of residents in Birmingham identified as white. Isolating just the category “White English, Welsh, Scottish, Northern Ireland or British” shows that this group was in the minority in London at 36.8%, Manchester at 48.6% and Birmingham at 42.9%. But using just that subset ignores the multiple other groups who also identified as white. In a statement Wednesday, ONS responded to what it called “misleading statistics” being shared based on the census data. “There have also been misleading statistical claims that the latest census data show that white people are now a minority in London and Manchester,” the agency wrote. “This is confusing responses from people who have identified with the ‘white British’ ethnic group with responses which identify with ‘white’ ethnic group.” Farage did not respond to a request for comment.

Photo of beer disguised as Pepsi is from Saudi Arabia in 2015, not Qatar

CLAIM: A photo shows beer cans disguised as Pepsi that were smuggled into Qatar for the World Cup.

THE FACTS: The photo is from November 2015, when a smuggler attempted to pass off 48,000 cans of beer as Pepsi at Saudi Arabia’s border with the United Arab Emirates. Qatar has strict limits on the purchase and consumption of alcohol. And just days before the World Cup opener, the country suddenly banned the sale of beer at stadiums. Social media users have since been sharing an image of an officer peeling a Pepsi label off a beer can, with false claims that the photo was taken in Qatar. “Interesting: Fans smuggling beer into Qatar#FIFAWorldCup,” reads a post on Facebook. But the photo is seven years old, and not from Qatar. A reverse image search revealed that the image was featured in multiple media articles in November 2015 about an attempt to smuggle beer into Saudi Arabia, where alcohol is outlawed. The articles cite Twitter posts from a Saudi customs account that has since been deleted, but the same photo can be found in a news release published online by Saudi Arabia’s customs authority. The larger image in the news release shows more clearly that the officer in the photo has a badge saying “Saudi Customs” on their arm. The release states that there was an attempt to smuggle 48,000 cans of beer concealed as Pepsi across the country’s border with UAE. At the time, Saudi customs also released a video on social media showing an officer peeling off the Pepsi labels. The tweet has since been deleted, but the video can be seen in news reports. Drinking alcohol is considered haram or forbidden in Islam.