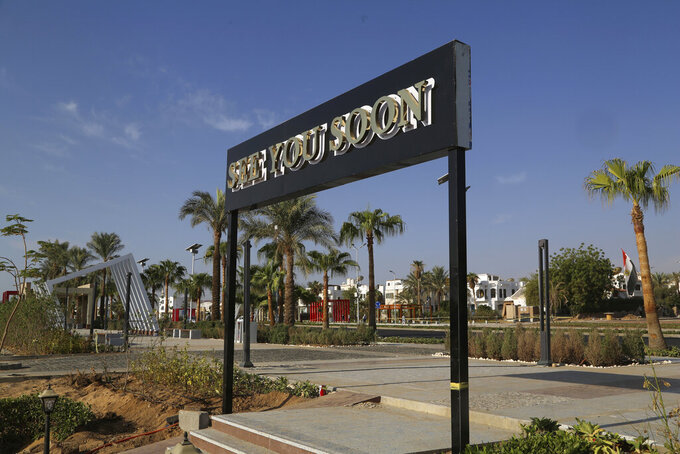 SHARM EL SHEIKH, Egypt (AP) — Heavy rains and flooding that swamped Nigeria, Niger, Chad and the surrounding region between June and October this year was made 80 times more likely because of climate change, a rapid analysis by international climate attribution experts found.

Analysis released late Wednesday by the World Weather Attribution group used peer-reviewed methods and found that climate change was overwhelmingly behind the heavy rains that left over 800 people dead, with worse to come as global average temperatures continue to rise.

“We will see very intense rains in the region in the coming years,” warned climatologist Friederike Otto of Imperial College London, who led the study.

The devastating floods, some of the worst seen in recent decades, also displaced 1.5 million people across the region, left thousands injured and damaged huge areas of both urban and rural land, prompting calls for better preparation ahead of future events.

“The lessons we learn from the floods calls for more concrete policies to consider future developments," said Cheikh Kane of Red Cross Climate Center, calling on authorities in the region "to enhance their level of preparedness.”

The scientists ran comparisons of climate data from past and present weather information focusing on Lake Chad and the lower Niger River basins to determine the impact warming temperatures had on the flooding. They found that the region's rainy season was 20% wetter than normal because of climate change and that an event of this intensity now has a one in ten chance of happening each year.

Researchers also analyzed the impact of climate change on droughts in 2021 that reduced crop production in the central Sahel and contributed to an ongoing food crisis, but were unable to reach any conclusions due a lack of reliable weather station data.

The scientists called for greater investment in weather stations in the region to inform their work in future and help communities prepare for extreme weather events.

In Sharm el-Sheikh, where the U.N.'s two-week climate conference known as COP27 is underway, activists from the Niger Delta called for an end to fossil fuels that are responsible for climate change.

“Oil exploration contributes immensely to the climate crises, among them being the heavy flooding in Nigeria in October," said Nigerian activist Lucky Abeng. "That’s why we have come to the COP, to amplify our voices, for the entire global south on fossil fuels emitters.”