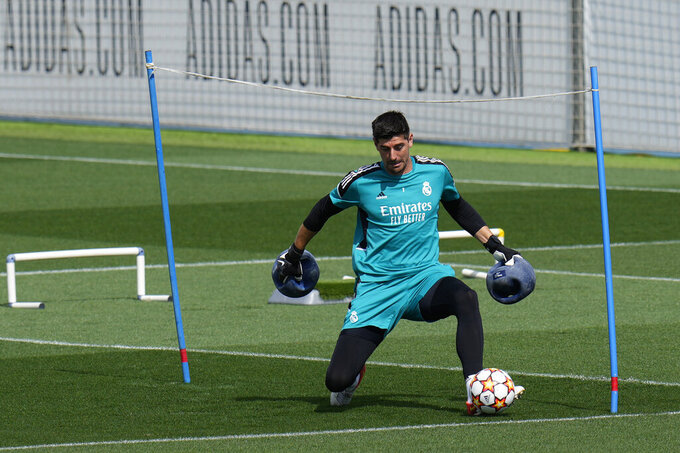 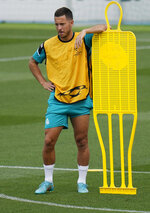 MADRID (AP) — Real Madrid wants to quickly forget about Kylian Mbappé and turn its focus back on the Champions League final against Liverpool.

Four days before the final in suburban Paris, Madrid coach Carlo Ancelotti and his players tried their best to avoid talking about the France forward and his decision to stay with Paris Saint-Germain.

They also downplayed the apparent call for vengeance by Liverpool forward Mohamed Salah, who was on the losing side when the two teams met in the 2018 final in Kyiv.

Mbappé made the surprising announcement about his future on Saturday, dealing a major blow to Madrid and its fans, who were certain he would be playing in the Spanish capital next season.

Madrid as a club had not made any comments about Mbappé's decision, although some players were quick to post messages praising the club and saying it was a honor to wear its jersey.

Veteran defender Marcelo said there was no Mbappé talk in the locker room.

“It wasn't a surprise because we don't talk about players from other teams,” said Marcelo, one of the Madrid players with a chance to win a fifth Champions League title. “It's indifferent. It would be something else if he had been signed by Madrid, but because he was not a Madrid player, there is no reason to talk about what happened.”

Karim Benzema, Mbappé’s teammate on the French national team, said there was nothing more important than Saturday's match.

“We are playing a Champions League final on Saturday,” he told MarcaTV. “It’s not the time to talk about these other small things.”

Mbappé had said last year he wanted to join Madrid but PSG turned down offers of nearly 200 million euros ($214 million) for the player. The France forward was widely expected to complete a move to Madrid after becoming a free agent at the end of this season, but instead opted to sign a three-year contract with PSG.

Mbappé’s decision to reject Madrid was the most talked-about subject in Spain in recent days, leaving the Champions League final to the side.

Madrid will be trying to win a record-extending 14th European title on Saturday at Stade de France in its fifth Champions League final in eight seasons. It has won 13 of the 17 European finals it has played in the continent's top club competition.

The last title, against Liverpool, came after Salah couldn't finish the match because of a shoulder injury after being fouled hard by then-Madrid captain Sergio Ramos. Salah said after this season's semifinals that “we have a score to settle” with Madrid.

“Apparently he has a problem with us,” said Madrid defender Éder Militão, one of the players who will be trying to stop the Egyptian on Saturday.

Ancelotti said Salah's comments may serve as extra motivation for Madrid as well, as can the 1981 final the club lost to Liverpool in Paris.

“We can have the same motivation as Salah,” Ancelotti said. “We respect him, he is a great player. It may be a revenge for them, but it may also be one for us because of 1981."

Madrid won its 10th European Cup eight years ago with Ancelotti as coach, then clinched three straight titles from 2016-18 with Zinedine Zidane at the helm.

“There was a lot more pressure then (in 2014). It had been several years since Madrid had won the Champions League. It was almost an obsession for everyone,” Ancelotti said. “Now Madrid fans are motivated, but not so much obsessed about it, and I think that can give us an advantage.”

Ancelotti, who can become the first coach to win four Champions League titles, will have Madrid at full strength on Saturday.

“The starting lineup is not really a problem, to be honest,” Ancelotti said. “It's not a match for only 11 players. And those who have entered off the bench have done well to help us so far. Everything has gone well for us so far.”

Madrid reached the final after comebacks against PSG in the round of 16, Chelsea in the quarterfinals and Manchester City in the semifinals.

“I hope this time it's Liverpool trying to rally against us,” Ancelotti said. “It will be an entertaining final, very even.”