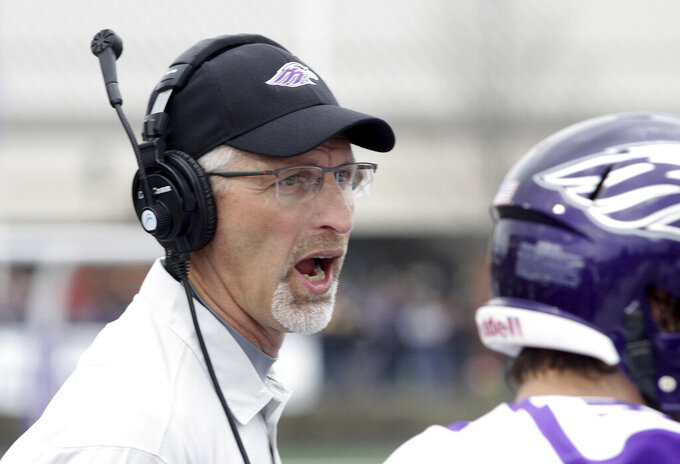 “It has been an honor and pleasure coaching and teaching in the Warhawk football program and UW-Whitewater,” Bullis said in a statement. “I will greatly miss the students and staff. Kathy (his wife) and I have lived truly amazing coaching lives, and it is time for us to live life.”

Bullis was named head coach in 2015 after Leipold left for Buffalo. Wisconsin-Whitewater played seven seasons under Bullis, who also led the program in 2020 when there wasn't any Division III football played due to the pandemic.

“Kevin is a great coach and an even better person,” athletic director Ryan Callahan said in a statement. “The life lessons he taught his student-athletes, coaches and colleagues will continue to be felt for years to come.”