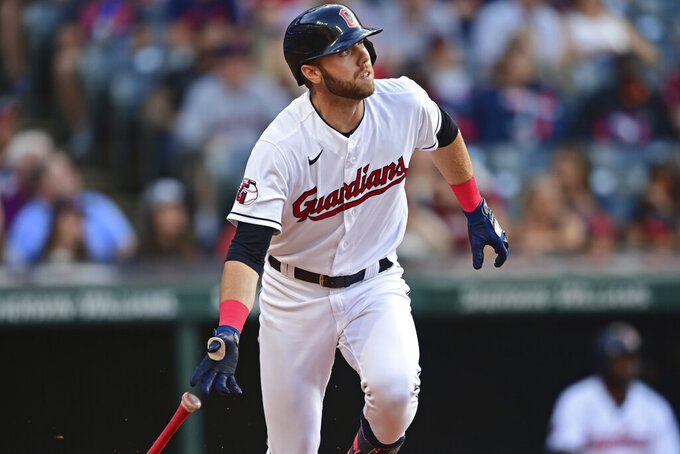 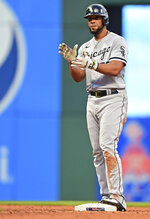 CLEVELAND (AP) — Lucas Giolito pitched one-run ball into the seventh inning and the Chicago White Sox beat Cleveland 2-1 on Wednesday night after Guardians' starter Aaron Civale exited after one inning because of a sore right wrist.

Giolito's strong outing, along with RBIs by José Abreu and Andrew Vaughn, helped the White Sox earn a split of the four-game series between the teams battling for second place in the AL Central Division.

Giolito can't pinpoint a particular reason why he pitches so well against Cleveland, but was pleased his latest effort helped with the series result after Cleveland won the first two games.

“These games against teams in our division considering where we are, it’s important we can take as many wins as we can,” he said. “I feel like splitting the series is big considering how it started for us.”

Civale allowed two hits and threw 20 pitches in the scoreless first inning. Civale's injury forced manager Terry Francona to use five relievers, one day after the teams played a doubleheader. Francona said Civale will have an MRI to determine the extent of the injury.

“I think he has felt it for a little bit," Francona said. "It was happening quick so I just told (the training staff) to take him and got another pitcher in there.”

Eli Morgan and Enyel De Los Santos each pitched two scoreless innings, but the White Sox got on the board in the sixth inning, scoring two runs off Sam Hentges (2-2) in the sixth. A double by Abreu scored Yoán Moncada, who had drawn a leadoff walk. Vaughn followed with an RBI groundout.

Liam Hendriks pitched the ninth and earned his 18th save in 21 chances.

Giolito retired the first batter in the seventh and was lifted after Franmil Reyes singled and rookie Nolan Jones walked. Owen Miller hit into a fielder’s choice. Miller was ruled out at first, but the call was reversed after a replay review.

“I'd like to go seven, eight, nine, we'd all like to as starters, but I got into a little trouble in the seventh and handed it off and (the relievers) did their thing,” Giolito said.

Civale missed a month earlier this season because of a left glute injury. The right-hander returned June 21 and was making his fifth start since coming off the injured list. Civale is 2-5 with a 6.17 ERA in 12 starts this season. He sprained the middle finger on his pitching hand last season and was out from June 21 to Sept 7.

Chicago’s All-Star shortstop Tim Anderson remained in the game after being hit in the lower back by Luis Robert’s sharply hit grounder while running the bases in the seventh.

Left fielder Eloy Jiménez came up limping after catching José Ramírez’s liner to end the sixth and was removed from the game with tightness in his right leg.

Guardians catcher Luke Maile was hit in the mask by a foul tip in the ninth and needed several moments to gather himself before staying in. Maile had just entered the game after Austin Hedges was removed for a pinch-hitter.

“We’re a little worried about him," Francona said.

Chicago begins a four-game series Thursday night against first-place Minnesota at Target Field. The White Sox haven’t been over .500 since they were 22-21 on May 25, which has led to a stretch that manager Tony La Russa admitted hasn’t been fun.

“We’ve got expectations for a reason,” he said. “We’ve got talent.”

“If you’re preaching accountability for the players, you better start with yourself,” he said. “I think our record should be better, so I should manage better.”

White Sox: C Yasmani Grandal (back spasms) was 2 for 3 with a walk as the designated hitter for Triple-A Charlotte on his rehab assignment Tuesday night. He was placed on the injured list June 13.

Guardians: LHP Anthony Gose (strained triceps) is expected to begin a throwing program early next week. He was placed on the IL on July 3. … OF Oscar Gonzalez (right intercostal strain) is taking swings in the batting cage. He hasn’t played since June 29.

White Sox: RHP Johnny Cueto (3-4, 2.91 ERA) looks to go 4-0 lifetime against the Twins on Thursday. Chicago is 1-5 versus Minnesota this season.

Guardians: RHP Triston McKenzie (6-6, 3.47 ERA) is scheduled to start against the Tigers on Thursday night. Cleveland was swept in a four-game series at Detroit last week.