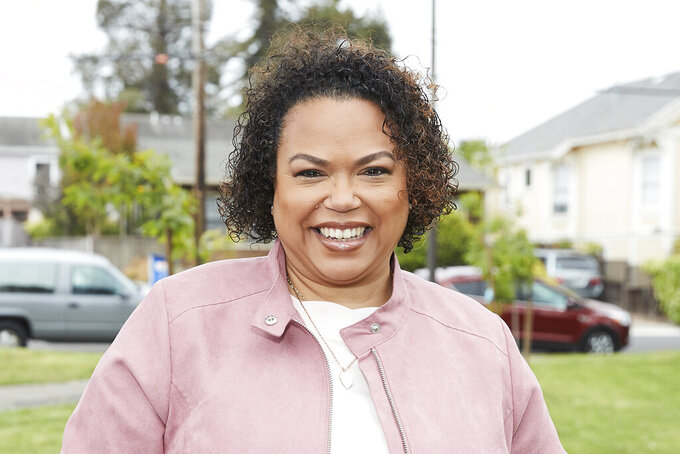 Uncredited, ASSOCIATED PRESS
FILE - This undated file photo provided by the Mia Bonta for Assembly shows Mia Bonta, a candidate for the 18th Assembly District in California. Bonta is running to replace her husband, Rob Bonta, who was appointed Attorney General by Gov. Gavin Newsom in April 2021. Bonta had 38% of the vote in the June primary, well short of the majority she needed to win outright and avoid a runoff with Janani Ramachandran, who finished second with 25%. Under California's election system the top two vote-getters move on the general election regardless of their party affiliation. (Mia Bonta For Assembly via AP, File)

SACRAMENTO, Calif. (AP) — Women now make up nearly a third of the California Legislature — an all-time record, according to an advocacy group that recruits female candidates.

She replaces her husband, Rob Bonta, who left in April after being appointed state attorney general. Mia Bonta bolsters Democrats' supermajority in the closing week of the legislative session, which ends Friday.

That's a record and up 11% from just four years ago, when the state hit a 20-year low and women made up only about one in five California legislators, according to Close the Gap California.

The group recruits “diverse, progressive women” to challenge Republicans, and Bonta credited the organization for helping her campaign.

Both moved on from an eight-way special primary election in June under California's process that advances the top two vote-getters regardless of political affiliation. Bonta prevailed, 57% to Ramachandran's 43%.

“It has been a whirlwind of a journey to be able to get here," Bonta said Tuesday as she was introduced to her new colleagues.

Bonta is the Legislature's first Afro-Latina and the first Black woman from north of Los Angeles since now-U.S. Rep. Barbara Lee won her final state Senate term in 1996, the group said.

Of the 39 female lawmakers, the group said 24 are women of color. That's more than double the national legislative average.

Racial background aside, the group said California ranks 21st among states in number of women in the Legislature. It is aiming for gender parity by 2028, a goal it says is attainable because more than 80% of current lawmakers will be termed out of office by then.