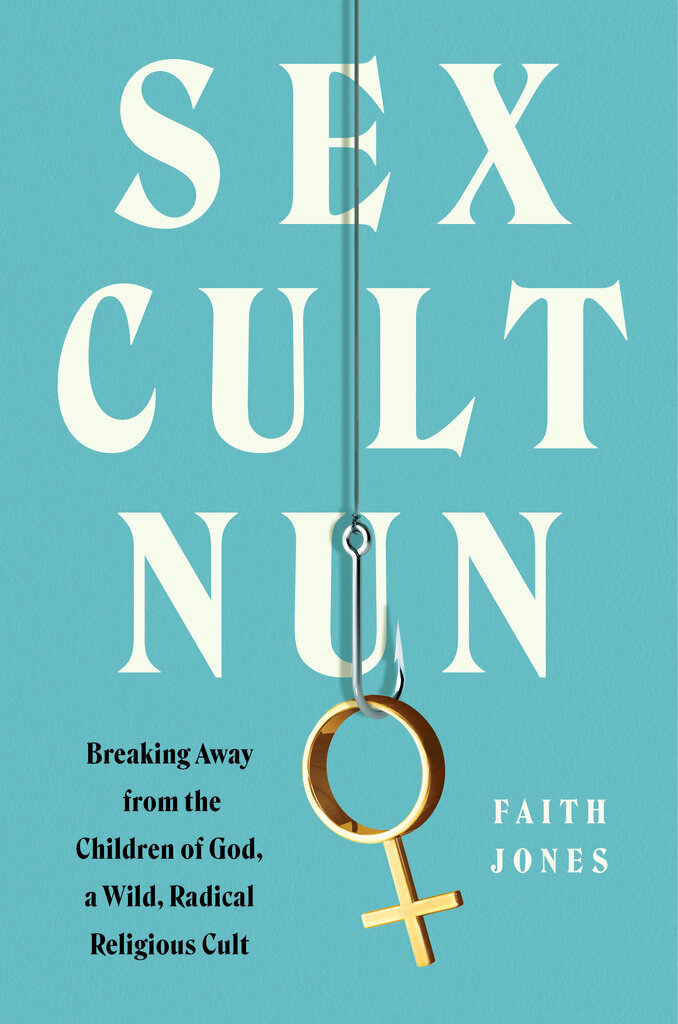 Faith Jones’ vivid memoir “Sex Cult Nun” chronicles her 23 years in the infamous Children of God cult and her slow journey to leave. Born into the cult in 1977 in Hong Kong, Jones was cult royalty, the granddaughter of leader David Berg.

One of the first religious sects to be dubbed a “sex cult,” The Children of God has received media attention over the years, including a “Children of God” documentary (1994) and the “Children of the Cult” Discovery+ series (2021). Actors River Phoenix and Rose McGowan were famously members. And writer Lauren Hough addresses her experience in her book of essays "Leaving Isn’t the Hardest Thing."

But the length of Jones’ tenure in the cult and her position as the granddaughter of Berg gives her a unique perspective on why its nefarious teachings compelled tens of thousands of people to join over its decades of existence. She recalls some happy moments, like playing with friends and animals at the farmstead in Macau where she lived as a child, and triumphing over difficult chores and punishments, even as she recounts being abused and manipulated in the name of “The Family” time and time again.

Berg was an elusive leader, hiding his whereabouts and communicating his beliefs with followers mostly through illustrated newsletters – Jones never met her own grandfather. The gospel he preached was focused on utter devotion to his teaching about the word of God. But Berg’s addition was the “Law of Love.” In his doctrine, sex was godly and should be encouraged between everyone, including children and adults. For women and girls to say no to a Family member meant being labeled “unyielding” and going against God.

Jones was a true believer, and tried to pray her way out of her revulsion at the sexual abuse she endured and the punishments she had to go through to be “rehabilitated” for minor infractions like not smiling enough. She even reports on herself when she is racked with guilt for kissing a “Systemite” – a non “Family” member.

But slowly she began to see a world outside of the cult, through clandestine novels like “The Secret Garden,” and a glimpse at American education when her parents visit the U.S. She begins to question why being in The Family makes her so unhappy even though she is so devout.

There’s no dramatic exit for Jones. At 23, she decides to go to college, and informs The Family she is leaving. Even though she has little formal education, her experience growing up in six countries and learning three languages wows her entrance interviewer at Georgetown, where she gets a scholarship. She goes on to U.C. Berkeley law school.

But while she wins educational success, it takes longer for her to fully grasp how indoctrinated she was by the Children of God. When she does, she questions how her parents could have put her through such abuse. They experienced life outside the cult, she was born into it. Ultimately, she realizes they were as indoctrinated as she was.

“Lies aren’t always intentional… you don’t have to be conscious that you’re doing something wrong to be wrong. Abusers can believe they are acting out of ‘love’” she writes. “The guise of love and freedom and nature is a beautiful smoke screen that often masks violations and manipulation.”