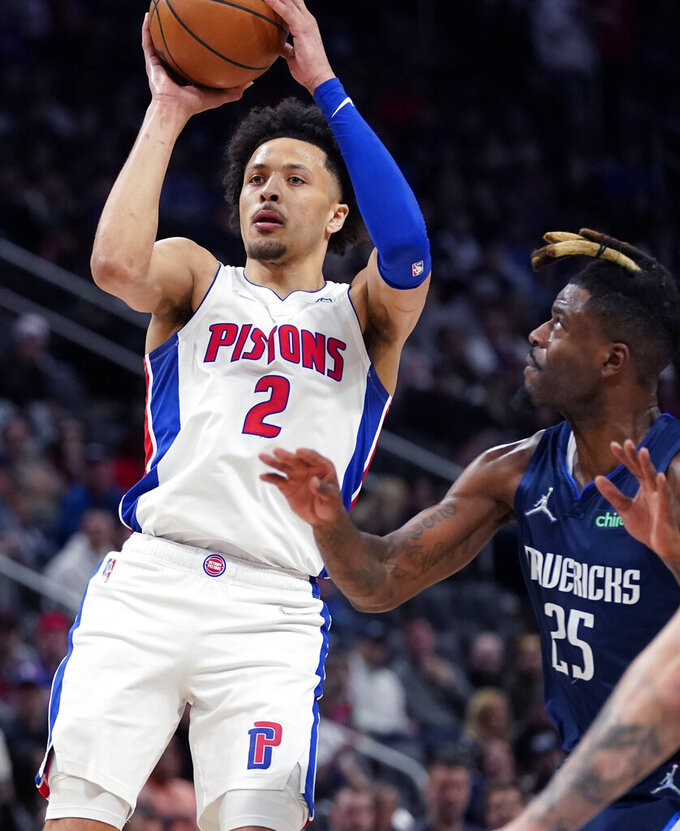 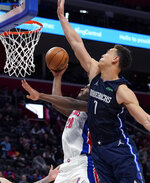 The All-Star guard had 26 points, 14 assists and eight rebounds to lead Dallas in a 131-113 win over the Detroit Pistons on Wednesday night.

The Mavericks reached the 50-win mark for the first time in seven years, and just the second since winning their only NBA title.

“It’s a great accomplishment," coach Jason Kidd said. “The guys in that locker room can’t take that lightly because it’s not easy to do."

“I think it’s pretty impressive," Doncic said. “We started the season kind of slow. I’m proud of how we played and hopefully we get to 52 (wins)."

Jalen Brunson had 24 points for the Mavericks, who have won five of their last six to build momentum going into the playoffs next week.

Rookie of the Year candidate Cade Cunningham had 25 points, nine assists and seven rebounds for the Pistons, who had won three straight to match what was their longest winning streak of the season.

Even with the game out of reach in the final minutes, coach Dwane Casey had his starters on the floor.

“That’s going to be a top team in the West," Casey said. “I wanted them to feel it and experience it."

Dallas led by as much as eight in the first, but trailed 34-32 after Doncic and Cunningham each had their fourth assist over the last 3.4 seconds of the quarter.

The Mavs moved back ahead in the second quarter and led 65-58 at halftime with Doncic scoring 16 points, making six assists.

Doncic was called for his fourth foul at the 8:05 mark of the third. Kidd left him in the game and it turned out to be a wise move as Doncic was dominant, making a 3-pointer and assist that put the Mavs ahead 93-77 late in the quarter.

Dallas didn't have any trouble keeping its comfortable cushion in the fourth, finishing with 15 3-pointers on 33 shots beyond the arc.

“They do a great job of spreading out and making 3-point shots," Casey said. “You make one mistake and they make you pay. They’re a great offensive team, exactly what we want to be in terms of moving the basketball and knocking down 3s,"

Kidd is among the many marveling that Tiger Woods is teeing off at the Masters on Thursday morning, 14 months after a car crash left him in a hospital bed for three months.

“What Tiger is doing has already broken the internet,” Kidd said. “If he’s in the running for winning it, he definitely will shut down the internet. What he’s done to just come back, is incredible. I think everyone will be watching.”

Mavericks: Close the regular season at home against Portland on Friday night and San Antonio on Sunday.

Pistons: End the regular season against Milwaukee on Friday night at home and at Philadelphia on Sunday.