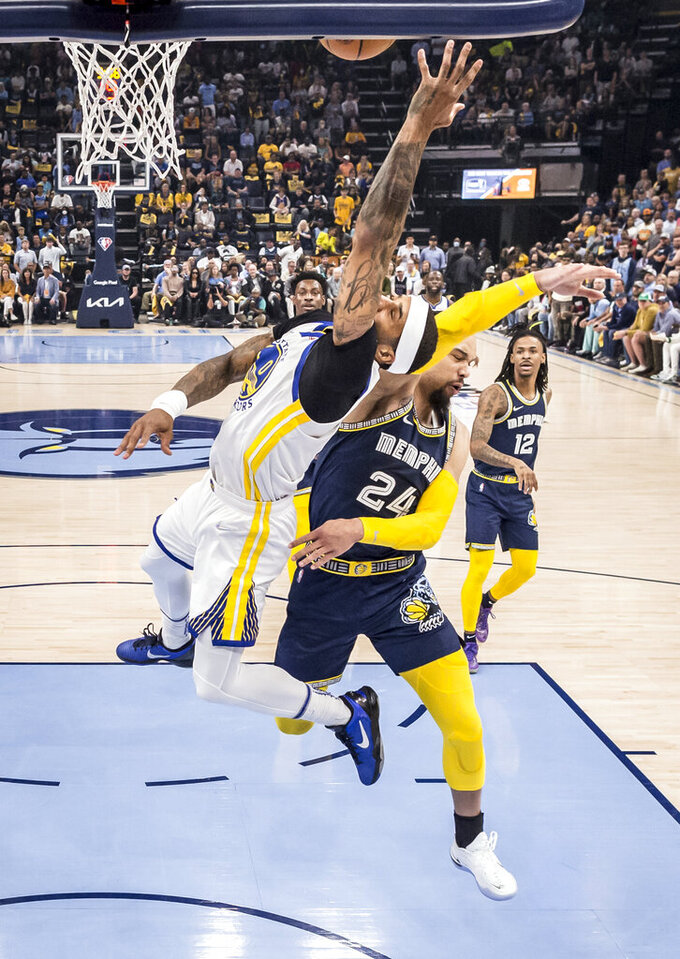 Carlos Avila Gonzalez, ASSOCIATED PRESS
Gary Payton II (0) falls to the ground after being hit in the head from behind by Dillon Brooks (24) in was was deemed a flagrant two foul in the first quarter as the Golden State Warriors played the Memphis Grizzlies in Game 2 of the second round of the NBA Playoffs at Fedex Forum in Memphis, Tenn., on Tuesday, May 3, 2022. The Warriors lost to the Grizzlies 106-101 to even the series 1-1.(Carlos Avila Gonzalez/San Francisco Chronicle via AP) 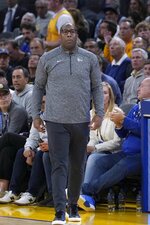 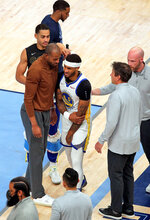 SAN FRANCISCO (AP) — Steve Kerr is out of the NBA's health and safety protocols and preparing to coach the Golden State Warriors in the Western Conference finals after missing the last three games of the semifinal round against Memphis with COVID-19.

Kerr said his symptoms were mild with a cough and congestion but his biggest concern was not to get anyone around him sick. He departed less than two hours before tipoff of Game 4 against the Grizzlies last Monday after arriving at Chase Center and testing positive.

“It really wasn't too bad,” Kerr said Sunday, still waiting on his team's opponent from Game 7 of the Mavericks-Suns series.

Associate head coach Mike Brown, who last weekend became the next coach of the Sacramento Kings, filled in for Kerr as Golden State wrapped up the series with a 110-96 win in Game 6 on Friday night.

Guard Gary Payton II said everyone is thrilled to have Kerr back in the building and locker room.

“Just good to see him,” Payton said. “We're glad that he made it out OK, made it good, came back healthier.”

Kerr encouraged Brown “to follow his gut. He couldn't sit there and think, ‘What would I do?’” and that led to the Warriors staff starting Kevon Looney in the clincher. Then he went out and grabbed 22 of Golden State's 70 rebounds.

The Warriors are hopeful forward Otto Porter Jr. will be available for Game 1 on Wednesday night after missing the previous two games with soreness in his right foot. In addition, Payton is recovering well from a broken left elbow and might be fine to play at some point during this round, Kerr said.

Payton was injured when he fell hard after driving for a layup and getting struck on the head by Dillon Brooks in Game 2, with Brooks receiving a Flagrant 2 foul, ejection and one-game suspension.

“Time, it's going to take time,” said Payton, who is left-handed and is regaining strength in his dominant arm doing daily tasks such as brushing his teeth.

Payton said he couldn't catch himself when he went down, saying, “Things happen, but it's past me. I'm just trying to work and continue to strengthen my arm and get it back ready and come back and help my team.”

He did speak to Brooks.

Golden State has one group of scouts preparing for Dallas and another for Phoenix and will present a game plan to the Warriors at practice Monday afternoon. An advanced scout has watched every game of the Mavs-Suns series, too.