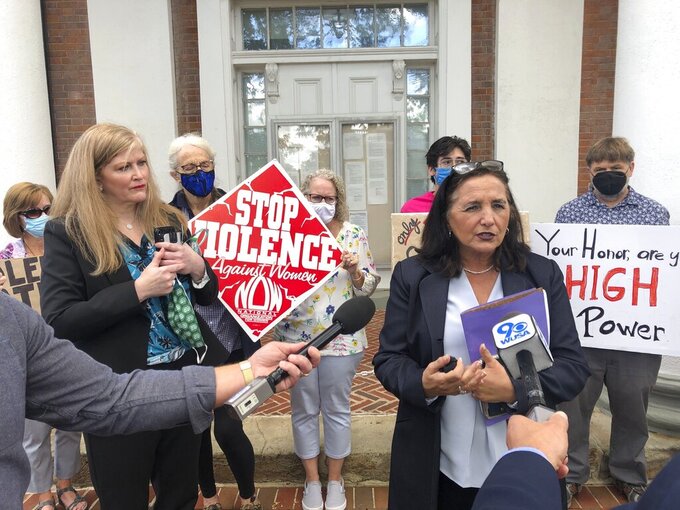 FALLS CHURCH, Va. (AP) — The Virginia Supreme Court reinstated a progressive prosecutor on a criminal burglary case Thursday after a judge removed her when he was dissatisfied with a plea deal her office reached.

“Judge Plowman disqualified Biberaj’s office without affording her or her subordinates adequate notice or opportunity to be heard,” the court wrote.

The case is indicative of tensions that have arisen in northern Virginia courthouses after Biberaj and other reform-minded prosecutors won office in 2019, in part with huge financial assistance from a political action committee funded by liberal donor George Soros. Conservative activists have launched efforts to have Biberaj and other prosecutors in the region removed from office.

Plowman, a Republican who preceded Biberaj as commonwealth's attorney before he took the bench, was dissatisfied with the plea deal that Biberaj's office struck in the burglary case involving a man named Kevin Valle. The agreement called for a six-month sentence.

Plowman said he was aware of earlier charges against Valle in a neighboring county and questioned why prosecutors failed to mention them in the plea paperwork. He suggested they were trying to sanitize Valle's record to make the deal more palatable.

Disposition of Valle's case was rescheduled twice after Plowman raised concerns. Several days before the rescheduled hearing, Plowman issued an order disqualifying Biberaj and her entire office from the case. He appointed a prosecutor in neighboring Fauquier County to take over.

Biberaj appealed, saying that while judges have the right to discipline attorneys who appear before them, Plowman went too far in removing the entire office. As a constitutional officer and elected official, Biberaj said judges should tread lightly when interfering with her exercise of duties.

The high court's ruling Thursday focused on Biberaj's due process rights to defend her conduct to the judge. A footnote states that the court offers “no opinion on any other issue relevant to the disqualification of Biberaj and her office.”

Biberaj did not immediately respond to a request for comment. The Virginia Attorney General's Office, which represented Plowman and the Loudoun County Circuit Court, declined to comment.

Victor Glasberg, one of the attorneys who represented Biberaj, called the ruling “an important success vindicating due process rights and a progressive prosecutor who was elected by Loudoun County voters.”

Plowman also removed Biberaj and her office from a misdemeanor disorderly conduct case against a man whose daughter was sexually assaulted at a Loudoun County high school. That assault became a high-profile issue in last year's gubernatorial election after Republicans said the school system's handling of the assault showed a disregard for school safety.

The father was charged with disorderly conduct at a contentious school board meeting. There is no indication that Thursday's ruling affects Biberaj's status in that case.