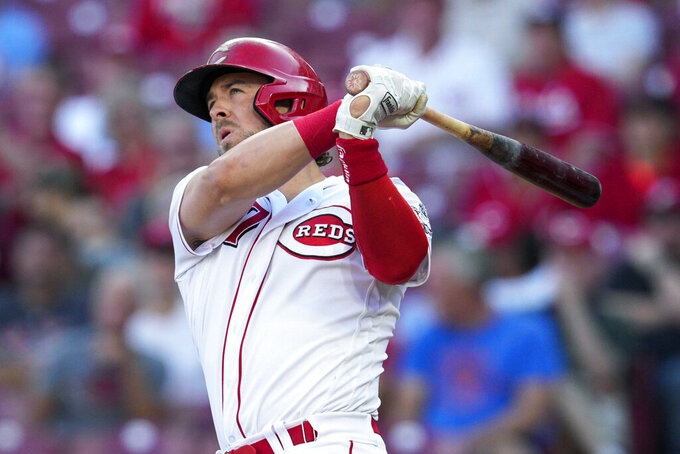 Farmer gives the Twins middle infield flexibility regardless of whether they get a new deal done this winter with free agent shortstop Carlos Correa. The 32-year-old Farmer batted .255 with 14 home runs and 78 RBIs in 526 at-bats for the Reds in 2022, his second season as a regular in the lineup. He started 98 games at shortstop, 36 at third base and 10 as the designated hitter.

Jorge Polanco is entrenched as the second baseman and Luis Arraez and Jose Miranda are on track to take the corner infield spots, but if Correa doesn't return the Twins would need a regular shortstop.

Prized prospect Royce Lewis is recovering from another torn ACL and likely won't be ready for action until midseason. Nick Gordon is the only other natural shortstop on the roster, but his greatest value to the Twins is his versatility. Gordon started 78 games in the outfield last year, 29 at second base and seven at shortstop.

Farmer made his major league debut with the Los Angeles Dodgers in 2017. He is eligible for salary arbitration.

Legumina was an eighth-round draft pick by the Twins in 2019 out of Gonzaga University. He has a 4.25 ERA in 135 2/3 innings over two minor league seasons, with 25 starts in 48 appearances. Legumina finished 2022 with Double-A Wichita.