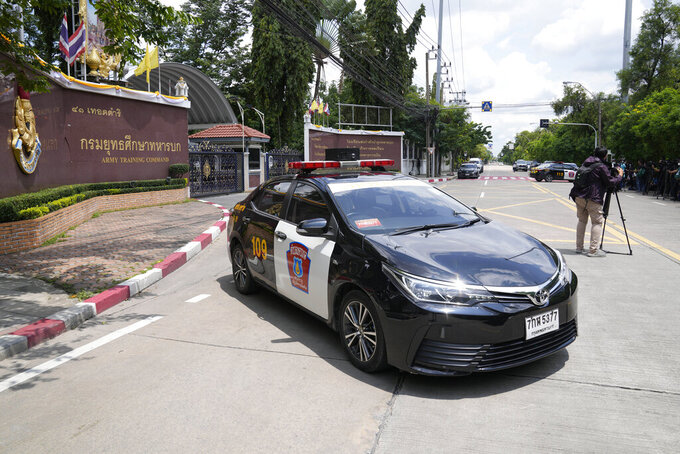 BANGKOK (AP) — A clerk shot at his co-workers at Thailand's Army War College in Bangkok early Wednesday, killing two people and wounding another, the army said.

One man died at the scene and another died after being taken to the hospital, the Thai army said in a statement. The wounded man was being treated at a hospital but no information was available on his condition.

The alleged assailant, Sgt. Yongyuth Mungkorngim, fled the scene but was arrested outside the Army Training Command compound, which houses the Army War College in the capital.

The military said initial information indicated the 59-year-old clerk was suffering from stress and health issues, but it wasn't more specific.

The army did not say which type of firearm was used. It said it would be assisting the police in the investigation.

Thailand's worst mass shooting involved a soldier who opened fire in a mall in a northeastern city in 2020, killing 29 people and holding off security forces for some 16 hours before being killed himself.