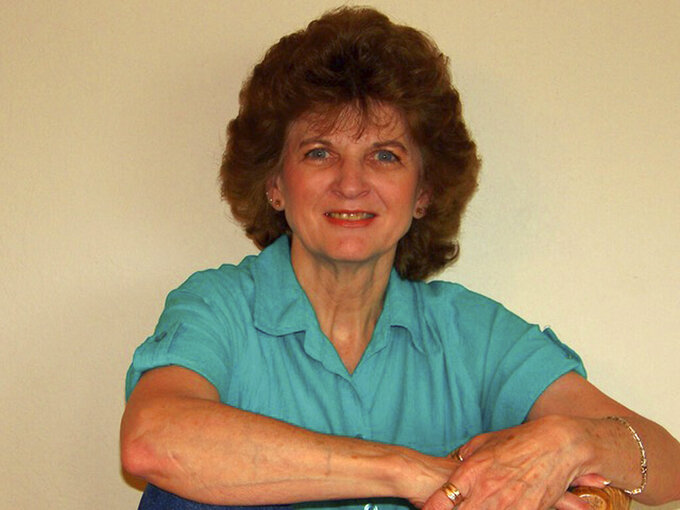 Uncredited, ASSOCIATED PRESS
In this undated photo provided by Allisa Swartz, is Karen Garner, who is suing Loveland, Colorado and three of its police officers over her arrest in June 2020. According to her federal lawsuit, she suffers from dementia and was arrested after leaving a Walmart without paying for about $14 in items. Police body camera video shows an officer reaching for one of her arms, putting her on the ground and handcuffing her after she started to walk away from him. The officer has been placed on leave pending an investigation. (Allisa Swartz via AP)

DENVER (AP) — A team of outside law enforcement agencies and city officials are launching separate investigations into the forceful arrest of a 73-year-old Colorado woman with dementia who left a store without paying for about $14 of items last year.

The probes announced Monday came after Karen Garner filed a federal lawsuit last week challenging her arrest, which was captured on police body camera video in June. It shows an officer grabbing her arm and pushing her to the ground after she walked away from him. She looks confused and repeatedly says, “I am going home.”

The city of Loveland said the goal of the outside investigation it is seeking will be to determine whether police followed department policy and if they didn't, to “implement corrective action.”

“The footage is difficult to watch and we understand the strong emotions evoked including the outrage, fear, and distrust,” the city about 50 miles (80 kilometers) north of Denver said in a statement.

It comes amid a national reckoning over use of force by police, including against people with mental and physical health conditions.

Meanwhile, a team of area law enforcement agencies typically used to investigate arrests that result in death or serious injury will review Garner's arrest, District Attorney Gordon McLaughlin’s office said. The investigation by the 8th District Critical Incident Response Team, or CIRT, will be led by Fort Collins police, with help as needed from the DA’s investigative staff and other agencies, including the U.S. attorney’s office in Colorado and the FBI, a statement from his office said.

The team's “robust, unbiased, and transparent procedures" will ensure “accountability for any potential criminal behavior" and give the community trust in its findings, the DA's office said.

Garner’s family said in a statement that the team's investigation was a “small, but long overdue, step in the right direction."

“Clearly, the newly elected DA understands what we suspected last summer — that only an independent, outside investigation, with all the world’s attention, will reveal the truth,” they said.

They criticized McLaughlin’s predecessor for not launching an investigation into her treatment before deciding to drop theft and other charges against her. Garner's lawyer, Sarah Schielke, said the prosecutor handling the shoplifting case told her she had watched the video of the arrest.

A spokesperson for McLaughlin, Jodi Lacey, said she could not discuss the case beyond what was released because it is under investigation.

A judge dismissed charges of theft, obstructing a police officer and resisting arrest against Garner in August after the district attorney's office concluded that she “appears to be incapable of understanding her surroundings or her actions,” according to a court document.

After Garner sued, police announced that the officer was put on administrative leave and two others who assisted were taken off patrol pending an investigation by the department.

Police spokesperson Tom Hacker told the Loveland Reporter-Herald that its internal investigation would not happen until after the investigation by the team of outside law enforcement agencies.

Justine Bruno, an assistant to Loveland's city manager, said the investigation commissioned by the city will likely be conducted through its insurance provider, Colorado Intergovernmental Risk Sharing Agency, which has experience with that type of review, the newspaper reported.