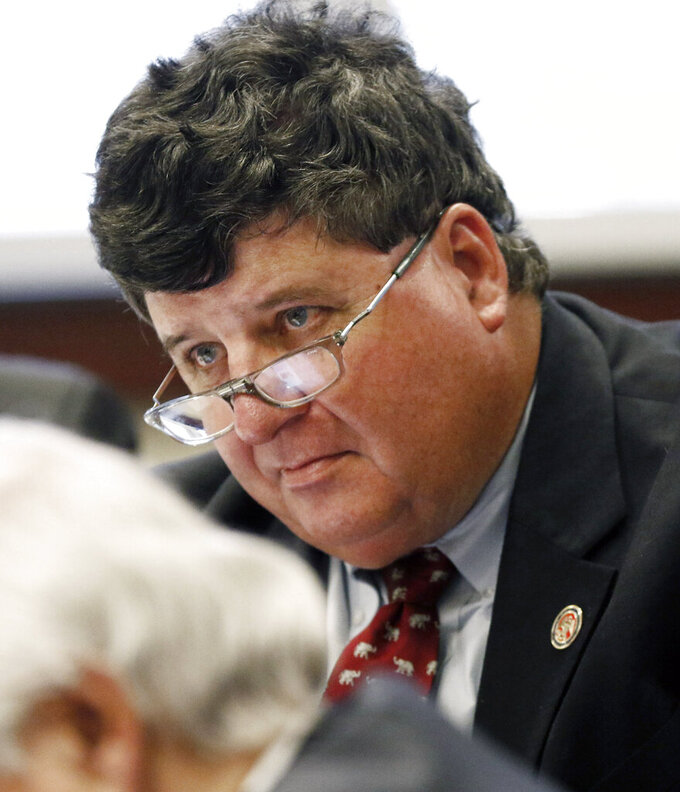 Rogelio V. Solis, ASSOCIATED PRESS
FILE - In this Sept. 17, 2018 file photo, Former Speaker Pro Tempore Greg Snowden, R-Meridian, is shown in this file photograph at a Joint Legislative Budget Committee meeting in Jackson, Miss. It was announced Friday, May 14, 2021 that Snowden will become director of the Administrative Office of Courts. Supreme Court Chief Justice Mike Randolph said that the new director is expected to assume his duties before the start of the new fiscal year, July 1, 2021. (AP Photo/Rogelio V. Solis, File)

JACKSON, Miss. (AP) — Greg Snowden, the former House speaker pro tempore and a 20-year veteran of the Mississippi Legislature, has been named the next director of the Administrative Office of Courts.

Snowden, 67, of Meridian, has been a practicing attorney in Mississippi for more than 40 years. He served the Mississippi House of Representatives for 20 years representing Lauderdale County, including seven years as House Speaker Pro Tempore.

“He has a proven track record in governmental performance-based budget planning,” Randolph said in a news release.

He also was a member of the Judiciary A; Judiciary En Banc; Rules; and Compilation, Revision, and Publication committees.

In 2014, Former Gov. Phil Bryant appointed Snowden as a commissioner on the Commission for a Balanced Budget, a multistate compact of which Mississippi is a founding member.

Snowden will begin in his new role before the start of the new fiscal year on July 1.

The Administrative Office of Courts, AOC, is responsible for the administrative business of the state trial and appellate courts including budget, finance and personnel. The director of AOC also assists the Chief Justice of the Supreme Court, the chief administrative officer of every court in the state.

The AOC also works to obtain and manage grants, assists with studies and projects to improve the administration of justice, serves as the data collection unit of the court system, and sets standards and rules for electronic filing of court records.

The former AOC director, Kevin Lackey, retired on June 2020 after 19 years in the post.