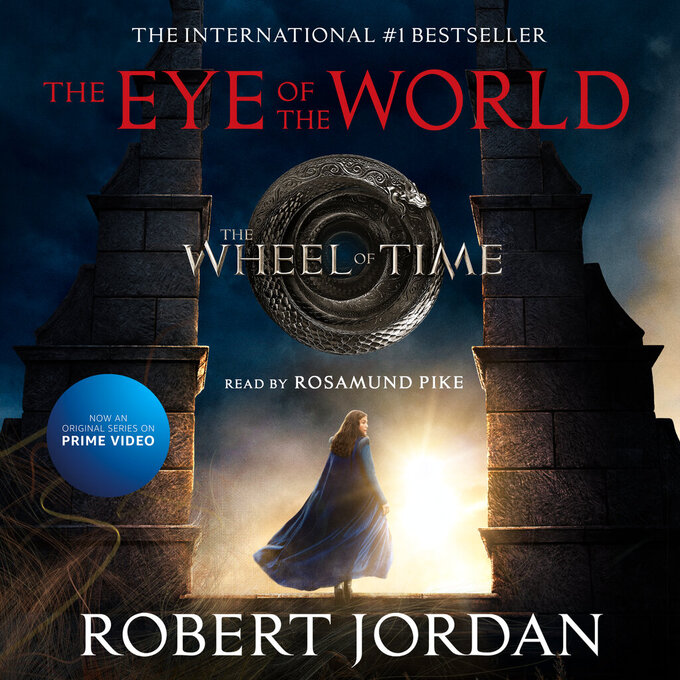 Uncredited, ASSOCIATED PRESS
This cover image released by Macmillan Audio shows "The Eye of the World," the first book in "The Wheel of Time" series by Robert Jordan. Macmillan Audio announced Thursday that the audiobook, read by Rosamund Pike, comes out Nov. 16. (Macmillan Audio via AP)

NEW YORK (AP) — Rosamund Pike, who stars in the Amazon Prime Video series based on Robert Jordan's “The Wheel of Time" books, also took on the epic task of narrating the audio edition of the late author's fantasy classic “The Eye of the World.”

“The Eye of the World,” published in 1990, is the first volume of Jordan’s “The Wheel of Time” epic.

Macmillan Audio announced Thursday that the audiobook comes out Nov. 16, three days before the Amazon series airs. The audio is 30 hours long, and includes a vast catalog of pronunciations and characters. It has a list price of $49.99.

"I’m excited to bring ‘The Wheel of Time’' series to life in a different way once again," Pike said in a statement. "'The Wheel of Time' is an especially great series for audiobook listeners to immerse themselves in, and I reveled in voicing the robust collection of unique characters.”

The Oscar-nominated actor stars as Moiraine Damodred in the “Wheel of Time” series, which also features Marcus Rutherford, Josha Stradowski and Zoë Robins.