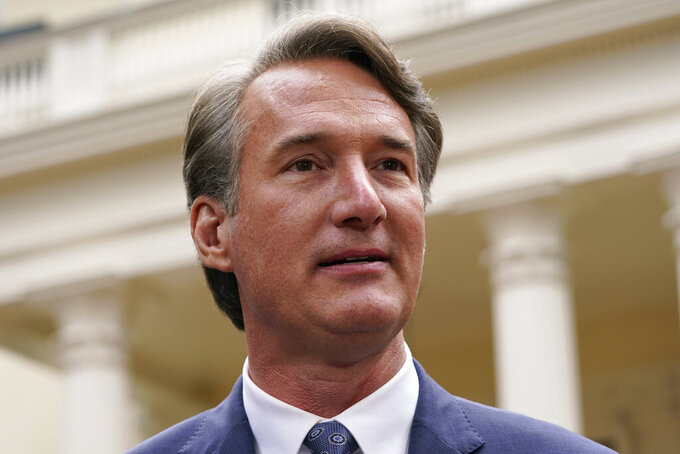 Steve Helber, ASSOCIATED PRESS
Virginia Gov.-elect Glenn Youngkin speaks to the media after a transition luncheon in front of the Governor's Mansion at the Capitol in Richmond, Va., Thursday, Nov. 4, 2021. (AP Photo/Steve Helber)

RICHMOND, Va. (AP) — Virginia Gov.-elect Glenn Youngkin has disclosed what his campaign says are summaries of recent tax returns that show the substantial amounts of income he made and has given away.

Summaries of his returns over the past five tax years indicate the former private equity firm executive cumulatively made $127 million during that period. Almost half of that income, or $59 million, originated from capital gains, according to a spreadsheet provided to The Washington Post by his campaign a few days after the Republican defeated Democratic rival Terry McAuliffe. It also shows Youngkin also gave $52.6 million to charity and paid nearly $18 million in taxes, the newspaper reported.

Virginia gubernatorial candidates aren’t required to disclose their returns. Youngkin’s release comes after his campaign and McAuliffe's campaign made commitments to The Associated Press months ago that they would disclose at least some information from recent tax returns before the Nov. 2 election. But time passed and neither fulfilled that commitment.

Youngkin, who stepped down as co-CEO of the Carlyle Group in 2020, made $39.8 million last year, the Post reported. He also gave nearly $15 million to charity and paid about $6.8 million in federal income taxes.

His campaign didn’t provide copies of his actual tax filings. Neither the Post nor AP could independently verify the figures.

The campaign also did not disclose who benefited from his charitable giving. But the Post reported that Youngkin and his wife, Suzanne, gave about $23 million between 2016 and 2018 to the Phos Foundation, a religious nonprofit they founded and direct from their home, according to an IRS form filed by the foundation.

“The family’s extensive charitable giving extends to many charitable organizations that they did not found,” Youngkin’s campaign said in a statement.

Mandatory financial disclosure forms filed by Youngkin and McAuliffe earlier this year provide a broad look at each candidate’s personal liabilities, investments and income from business interests. And campaign finance reports show that as of late October, Youngkin had poured at least $20 million of his own money into his run against McAuliffe, who was governor from 2014 to 2018.

Youngkin pledged in April not to accept a salary as governor, saying he would donate his paycheck to charity.