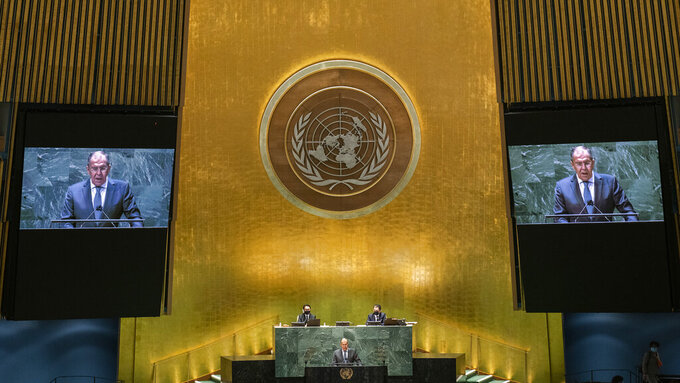 Russia’s top diplomat on Saturday defended the Mali government's right to hire a private Russian military company to help fight terrorists, accusing French troops in the country of failing to get rid of them and scolding the European Union for demanding that the Russian mercenaries leave.

Foreign Minister Sergey Lavrov said the company has a “legitimate” right to be in the West African nation because it was invited by the transitional government, and insisted Russian government is not involved.

France and Germany have both objected to the presence of mercenaries from the Wagner Group, which reportedly is linked to the Kremlin, in Mali, which also hosts a more than 18,000-strong U.N. peacekeeping mission. Wagner has been accused of human rights abuses in the Central African Republic and involvement in the conflict in Libya.

Lavrov said France has announced it is reducing its force fighting extremists in Mali and the region. And in a stinging rebuke of their performance, he said, the French forces “should have been combating terrorists who have established a presence in Kidal (in northern Mali), but they didn’t manage to do that.”

“Terrorists continue to reign in that area,” he told a news conference on the sidelines of the U.N. General Assembly's annual meeting of world leaders.

Mali has been trying to contain an Islamic extremist insurgency since 2012. Extremist rebels were forced from power in Mali’s northern cities with the help of a 2013 French-led military operation. However, the insurgents quickly regrouped in the desert and began launching frequent attacks on the Malian army and its allies fighting the insurgency.

The extremists have expanded their reach well into central Mali, where their presence has inflamed tensions between ethnic groups in the area.

Lavrov said the European Union has been announcing that Russia will be “pushed away, deterred and engaged with.”

So, he said, he asked EU foreign policy chief Josep Borrell at a meeting on the sidelines of the U.N. General Assembly’s high-level gathering: “What will you engage in with us?”

In June, Col. Assimi Goita was sworn in as president of a transitional government in Mali after carrying out his second coup in nine months. Mali faces increasing isolation from the international community over the junta’s power grab.