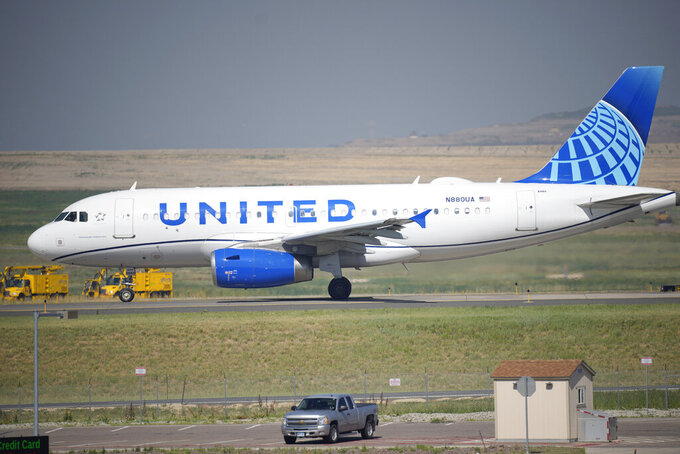 David Zalubowski, ASSOCIATED PRESS
FILE - In this July 2, 2021 file photo, a United Airlines jetliner taxis down a runway for take off from Denver International Airport in Denver. United Airlines briefly stopped flights in the U.S. and Canada on Friday, Sept. 17, following a system outage. Amid questions of the incident on Twitter, United said that We experienced a system outage this morning, but everything is up and running and operations have resumed. AP Photo/David Zalubowski, file)

NEW YORK (AP) — United Airlines suffered a brief system outage early Friday and the Federal Aviation Administration issued a ground stop of less than an hour for all United flights.

The ground stop order was lifted before 8 a.m. at the airline's request, according to an advisory issued by the FAA.

“We experienced a system outage this morning, but everything is up and running and operations have resumed,” the Chicago airline said just after 8 a.m. Eastern on Twitter.

It was unclear how many delays occurred, or if there were any related cancellations.