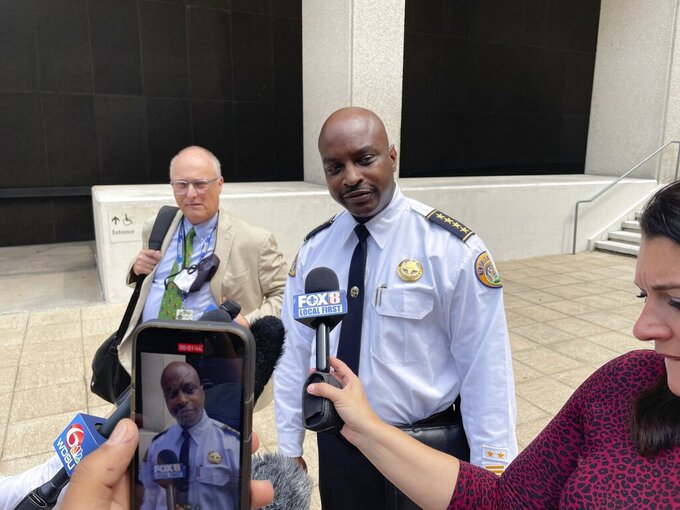 U.S. District Judge Susie Morgan's comments raised serious doubts that the city would soon be granted a reprieve from federal oversight. A day earlier, city officials had filed a motion to terminate the court approved “consent decree” the city reached with the U.S. Justice Department to implement reforms.

Morgan stressed at Wednesday's already-scheduled hearing that she was not commenting on that motion, saying it would be premature to discuss it before Justice Department attorneys respond and another hearing is held. But she criticized recent claims by Mayor LaToya Cantrell that the consent decree was over-burdening officers. Morgan said such claims “convey the false impression that officers want to revert to the NOPD of old.”

The consent decree was negotiated between the city and Justice Department in 2012 and approved by the federal court in January 2013. It followed federal investigations into the deadly shootings of unarmed civilians and other misconduct among officers in the chaotic days after levee failures during Hurricane Katrina caused catastrophic flooding in 2005.

National experts on police reform have hailed the department's improvement under the decree and Morgan had encouraging words at a hearing in April.

But the department has also had a manpower drain, dropping from around 1,300 to about 950 in recent years. And reforms appear to be endangered as well.

After hearing from federal monitors, Morgan on Wednesday ordered increased audits of several aspects of department operations — including officers' approved off-duty security details, the reporting of crimes and the department office that helps officers deal with mental health and substance abuse issues.

“It's just heartbreaking that that office was allowed to disintegrate,” Morgan said.

She called on city officials to devise a “holistic plan" to address the dropping manpower, including the use of more civilian employees to handle some non-hazardous jobs and ease the burden on officers.

After the hearing, Police Chief Shaun Ferguson said the department does have a plan on bolstering reforms using recently approved federal money.