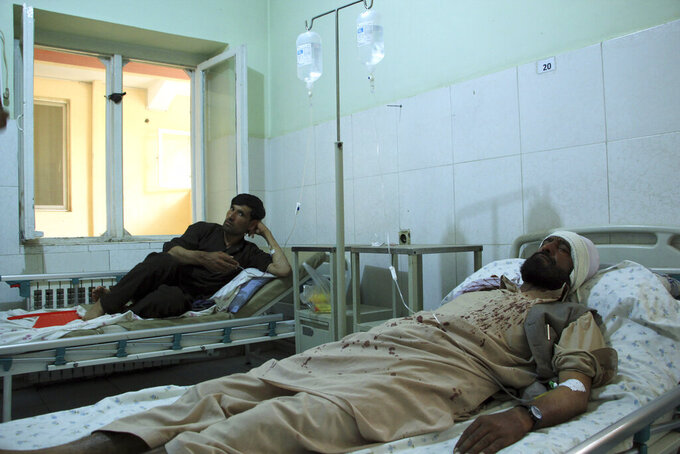 KABUL,Afghanistan (AP) — The Islamic state affiliate has claimed a horrific attack this week that killed 10 workers of the HALO Trust de-mining organization and wounded 16 others in Afghanistan's northern Baghlan province.

The statement issued late on Wednesday said IS operatives killed and wounded 60 workers “firing on them with their machine guns.”

Wounded in the leg, Sheikh Mohammad recounted the horrors of the attack from his hospital bed.

The gunmen herded the de-miners into two rooms, said Mohammad. Then the questions began. They were asked: “Who is Hazara among you?' and ”Who among you is working with the atheist Taliban?”

Mohammad Zarif, another survivor, said some of the de-miners managed to escape, helped by local villagers, who opened fire on the IS militants.

According to The HALO Trust Global Media Manager, Louise Vaughan, there were 110 de-mining local personnel of the organization in the camp that was attacked. They had finished their work on a minefield nearby when the “unknown armed group” opened fire at them. The attack took place late in the night n Tuesday at the HALO camp in camp in the Baghlan Markazi district of northern Baghlan province.

The Taliban immediately denied any connection to the attack, while the government blamed the insurgent group.

The attack was condemned by the United Nations Office for the Coordination of Humanitarian Affairs, who called it “heinous.” in a statement, it said that “aid workers and humanitarian organizations are protected under international humanitarian law,”

The HALO Trust is one of several de-mining organizations in Afghanistan that clear unexploded mines.