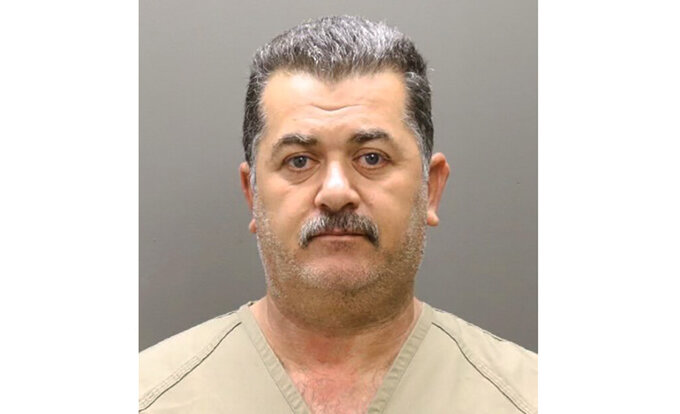 Uncredited, ASSOCIATED PRESS
This photo provided by Franklin County Sheriff's Office shows Shihab Ahmed Shihab Shihab on May 24, 2022. Shihab Ahmed Shihab Shihab, an Iraqi man who came to the United States two years ago and applied for asylum hatched a plot to assassinate former President George W. Bush in retaliation for casualties against his compatriots during the Iraq war, the U.S. government announced Tuesday, May 24, 2022. (Franklin County Sheriff's Office via AP)

COLUMBUS, Ohio (AP) — An Iraqi man behind bars following his arrest on a charge of plotting to assassinate former President George W. Bush has waived his right to a detention hearing and will remain behind bars for now, according to a court document filed Thursday.

Shihab Ahmed Shihab Shihab, 52, also schemed to smuggle other Iraqis into the U.S. from Mexico to aid in the plot, after which they'd be smuggled back out through Mexico, prosecutors said in a criminal complaint filed in federal court in Columbus following his Tuesday arrest.

Shihab, who came to the U.S. from Iraq in 2020 on a visitor's visa, insinuated he had contacts with the Islamic State group, prosecutors said. It did not appear the plot came close to materializing, with confidential informants briefing the FBI from April 2021 through this month.

Shihab on Thursday waived his right to a detention hearing scheduled for Friday, according to the court document which did not provide details. A message was left with Shihab's federal public defender.