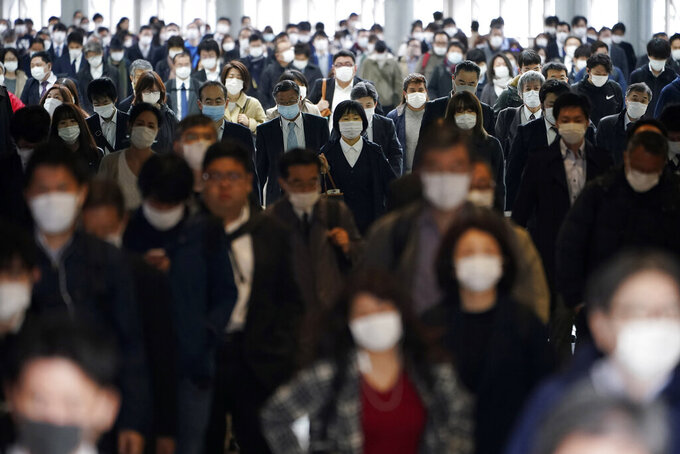 It is the second batch of supplementary spending this year to help boost the economy. The extra spending, funded mainly by government bonds, has added to concerns over the already heavy national debt.

Globally surging prices and a weakening of the yen have amplified costs for Japan’s imports, pushing inflation higher in an added burden for both consumers and businesses. The government has mainly stuck to using spending to counter inflation, instead of raising interest rates, because the economy has been growing at a slow pace for many years.

The latest stimulus package will provide about 5,000 yen ($37) in monthly subsidies for household electricity and gas bills, totaling about 6 trillion yen ($45 billion). It also will finance coupons worth 100,000 yen ($680) for women who are pregnant or rearing babies.

The supplementary budget will finance dozens of non-urgent, multi-year projects such as research and development, and subsidies for semiconductor manufacturing. About 5.5 trillion yen ($40 billion) is allocated to innovation, reducing use of fossil fuels and measures to promote flexibility in the labor market.

Opposition lawmakers and some experts accused the government of emphasizing the size of the stimulus instead of the contents of the package.

Japan’s national finances also are a longstanding problem and pressures are growing as the government seeks to double defense spending in coming years to counter threats from China and North Korea.