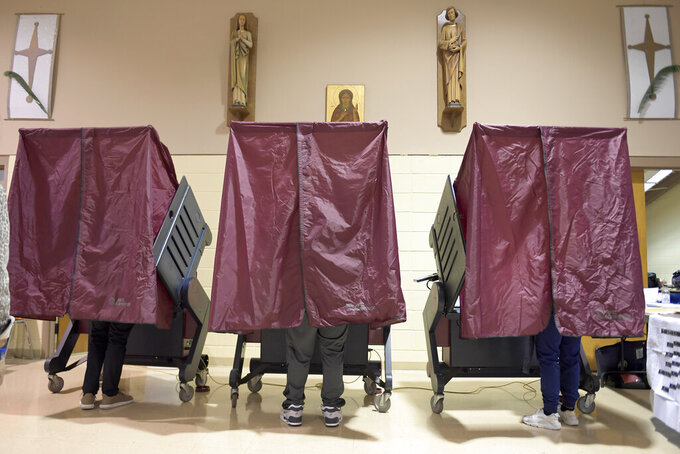 The only issues facing all voters statewide are four constitutional amendments. In 21 of Louisiana's 64 parishes, those amendments are the only items on the ballot, according to the secretary of state's office.

Those proposals would start the process for centralizing sales tax collections; enact a complicated tax swap plan that would untie Louisiana's tax collections from federal taxes paid; allow some local levee districts to increase their taxing authority; and let lawmakers cut more deeply into protected funds when the state faces a budget deficit.

Other parishes have local races and propositions facing voters. Among the most high-profile are the municipal races in New Orleans, where voters will choose a mayor, sheriff, city council members and more. Some parishes have special elections to fill three vacant legislative seats.

The election was postponed five weeks because of Hurricane Ida, and the storm's destruction has forced some changes in voting locations.

Early voting runs from 8:30 a.m. to 6 p.m. Details about early voting locations can be obtained through the secretary of state’s website at geauxvote.com, the state’s GeauxVote mobile app or by phone at 1-800-883-2805.