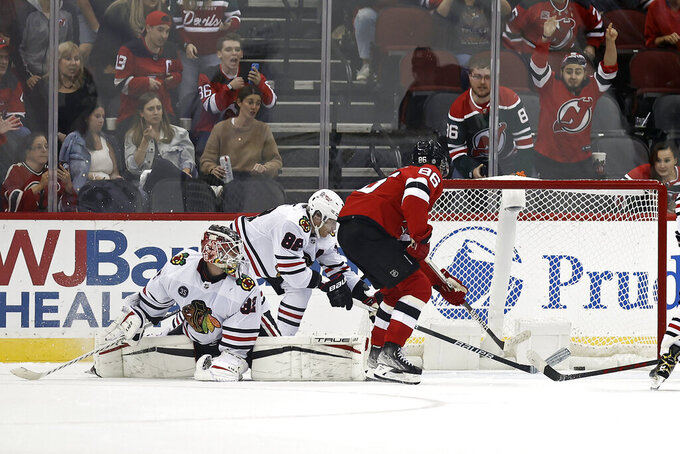 The Devils said Friday the No. 1 overall pick in the 2019 draft was examined by Dr. Jonathan L. Glashow, the team's orthopedic surgeon and chief medical officer. The re-evaluation showed the dislocation was stable and Hughes will continue his rehabilitation.

Hughes was hurt on Oct. 19 against Seattle in the Devils' second game of the season. He was ridden hard into the boards by Kraken defenseman Jeremy Lauzon.

Hughes will be re-evaluated in five weeks, the team said in a statement. The team did not say when he is expected to return to action.

The 20-year-old scored two goals in the Devils’ season-opening win over the Chicago Blackhawks, including the winner in overtime.