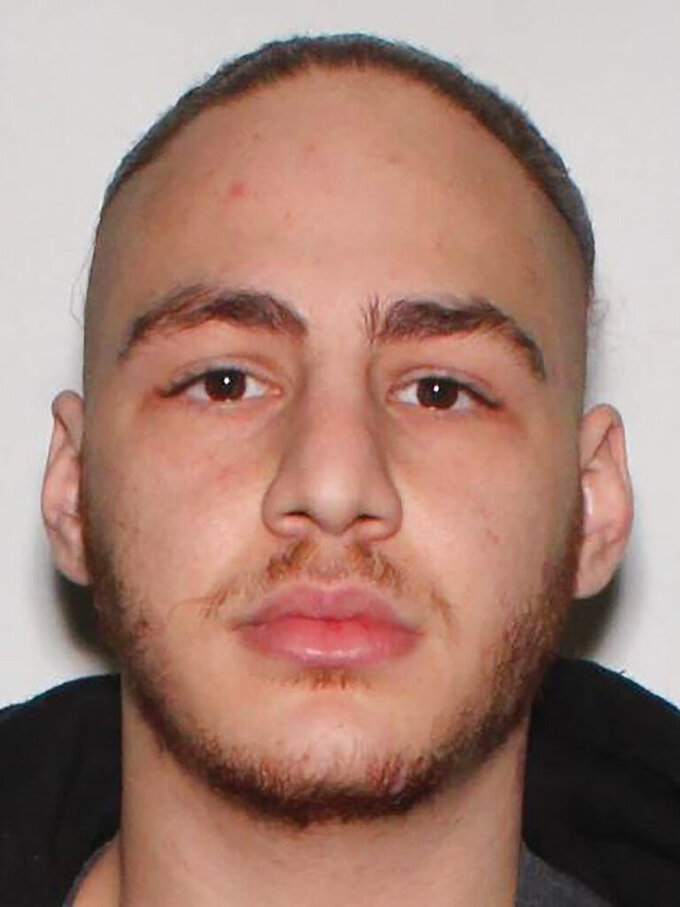 Uncredited, ASSOCIATED PRESS
FILE — In this undated photo provided by the Fort Wayne Police Department in Fort Wayne, Ind., shows Cohen Hancz-Barron. A jury has convicted Hancz-Barron in the killings of a woman and her three children slain last year in their northeastern Indiana home. An Allen County jury found 22-year-old Cohen Hancz-Barron guilty Thursday, May 18, 2022 of four counts of murder following a seven-day trial in the June 2021 deaths of his girlfriend and her three children. (Fort Wayne Police Department via AP, File)

FORT WAYNE, Ind. (AP) — A jury convicted a man Thursday of killing a woman and her three children last year in their northeastern Indiana home and recommended he serve life in prison without parole.

The Allen County jury found Cohen Hancz-Barron of Fort Wayne guilty of four counts of murder following a seven-day trial in the June 2021 deaths of his girlfriend and her three children.

Jurors deliberated further before returning to the courtroom with a recommendation that Hancz-Barron serve a sentence of life in prison without parole, as prosecutors requested.

Once the sentence recommendation was announced, relatives of the four victims waited for prosecutors Tom Chaille and Tesa Helge and lead homicide detective Brian Martin on the second floor of the Allen County Courthouse, bursting into applause once they appeared.

Hancz-Barron chose not to return to the courtroom for the sentence recommendation.

Hancz-Barron was accused of using a knife to kill his girlfriend, Sarah Nicole Zent, 26; her sons, Carter Matthew Zent, 5; Ashton Duwayne Zent, 3; and daughter, Aubree Christine Zent, 2, in their Fort Wayne home. All four died of stab wounds, and the mother also had been strangled, the Allen County coroner said.

Hancz-Barron was arrested hours later at an apartment complex in Lafayette more than 100 miles (160 kilometers) from where the bodies were found.