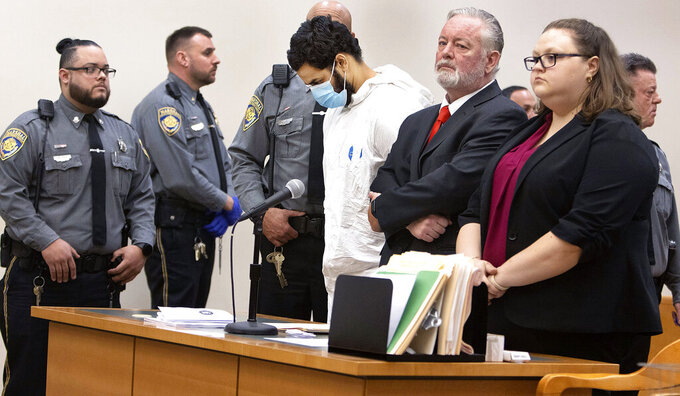 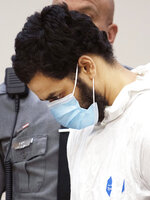 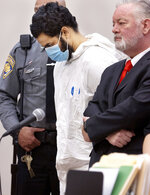 WATERBURY, Conn. (AP) — A Connecticut man wanted for the killing and dismemberment of his 11-month-old daughter has been arrested after a two-week search by local and federal authorities.

Police said Christopher Francisquini, 31, was found at a bus stop in Waterbury on Friday afternoon after a person who had been following media coverage of the case recognized him and called 911. Bystander and officer body camera videos show police swarming the scene and taking him into custody without incident.

Francisquini was arrested under a warrant charging him with murder in the Nov. 18 killing of his daughter, Camilla, in Naugatuck. A reward in the case had recently been increased to $25,000 from $10,000.

It was not immediately clear if Francisquini has a lawyer who could respond to the allegations. Public defenders representing him in other cases have not returned messages seeking comment.

“There’s a sense of relief that a dangerous criminal has been taken into custody and brought off the street,” Naugatuck Police Chief Colin McAllister said at a news conference Friday evening.

Police allege Francisquini killed the girl and later got into an argument with the child's mother. A motive has not been released. The girl died of neck compressions and stab wounds, the chief medical examiner's office said.

Court records show Francisquini was on parole for a 2012 assault conviction, and authorities said he cut off an electronic monitoring device from his ankle after the killing. He also was free on bail in several pending criminal cases involving carjacking, assault and other charges, court records show.

Naugatuck police said Saturday would have been Camilla's first birthday. A vigil was planned on the Naugatuck Green late Saturday afternoon.