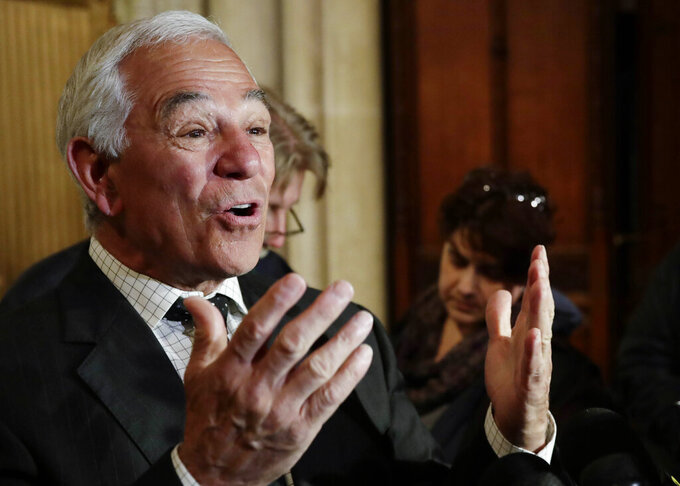 STAMFORD, Conn. (AP) — Former Major League Baseball player and manager Bobby Valentine has raised about $300,000 for his independent campaign for mayor of Stamford, Connecticut, since announcing his bid in May, including donations from former President George W. Bush and other high-profile Republicans.

The $300,000 in individual contributions is more than the two Democrats running for mayor raised in such contributions during the first half of this year, the records show.

Democratic Mayor David Martin has collected more than $78,000 in individual donations as he seeks a third term, and state Rep. Caroline Simmons has raised nearly $140,000.

“As a first-time candidate for public office without a political organization or donor network, I’m grateful to friends, family and neighbors who joined our movement and showed their enthusiasm for the ideas I will bring to the mayor’s office,” Valentine said in a statement.

Martin downplayed the importance of the fundraising totals, saying his accomplishments as mayor are what matter most.

“When I have run for mayor of the great city of Stamford in the past, my opponents have outraised me 2- or 3-to-1 and spent exorbitant amounts of money just to get to city hall. … 2021 is turning out to be no different,” Martin said in a statement.

All three campaigns said large numbers of Stamford residents donated to their campaigns in the second quarter.

Valentine was drafted in 1968 by the Los Angeles Dodgers and played in the Major Leagues from 1969 to 1979, where he was a lifetime .260 hitter. He became manager of the Texas Rangers in 1985 and also skippered the New York Mets and Boston Red Sox.