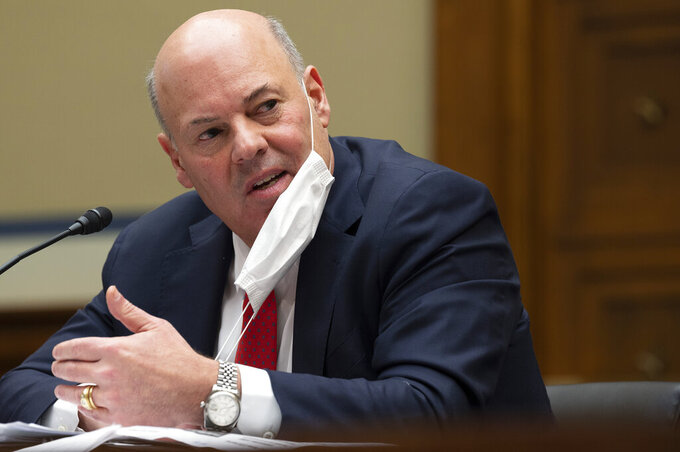 DeJoy, the former CEO of North Carolina-based New Breed Logistics, was accused last year by some former employees of encouraging them to make political donations to candidates and then reimbursing them through bonuses. DeJoy began serving as the U.S. Postal Service's chief executive officer in June 2020.

Wake County District Attorney Lorrin Freeman said her office, having reviewed campaign finance reports, will not open a criminal investigation. She said she did not believe her office had jurisdiction to examine the matter, as it was more a matter of federal election law.

She added that her office’s decision “does not cut off any potential federal investigation into the matter.”

The U.S. Department of Justice did not immediately respond to a request for comment.

DeJoy has called the claims against him “outrageous” and has denied any wrongdoing.

The review was prompted by a complaint filed by advocacy group Common Cause NC with the State Board of Elections.

“We filed our complaint with the State Board of Elections in light of a fundraising scheme allegedly perpetrated by Mr. DeJoy that has the appearance of illicitly bypassing North Carolina’s campaign finance limits,” Bob Phillips of Common Cause said in an email statement Monday.

“We have full confidence that the State Board of Elections will conduct a thorough investigation into these serious allegations against Mr. DeJoy, and we look forward to learning the results of that investigation when it is concluded,” the statement said.

Five people who worked for DeJoy’s former company, New Breed Logistics, say they were urged by DeJoy’s aides or by DeJoy himself to write checks and attend fundraisers at his mansion in Greensboro, North Carolina, The Washington Post reported last year. Two former employees told the newspaper that DeJoy would later give bigger bonuses to reimburse for the contributions. It is illegal to reimburse employees as a way of avoiding federal campaign contribution limits.

Freeman said her office did not formally announce the decision to reporters at the time it was reached around the end of 2020. The Raleigh News & Observed first reported the decision Monday.