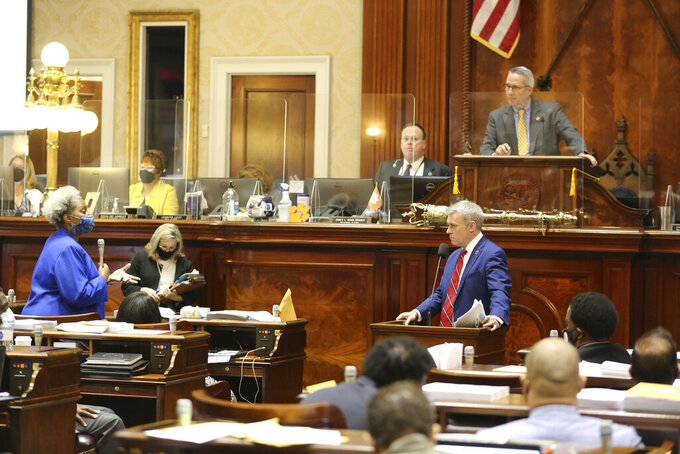 COLUMBIA, S.C. (AP) — The South Carolina House approved a bill Thursday that would revise a required college course on America's founding that hasn't been changed since 1924.

The bill passed 91-12 on Thursday after Republicans agreed to a Democratic amendment that the class include “one or more documents that are foundational to the African American Freedom struggle.”

The semester-long course would also require students to read the entire U.S. Constitution, Declaration of Independence, Emancipation Proclamation and at least five of the articles in the Federalist Papers.

The bill heads back to the Senate, which can approve the changes the House made or insist on its version which would require a conference committee.

The proposal is meant to modernize a 1924 law that required a year-long course on America's foundation documents which had largely been ignored during the past few decades.

“We are giving our students — the best and the brightest in South Carolina — another tool for when they get out of school so they understand how the country works, what out history was,” said Rep. Tim McGinnis, R-Myrtle Beach, when debate started Wednesday.

Democrats were upset that the bill didn't include anything about Reconstruction and the centuries long struggle African Americans have had to get equal rights. So lawmakers took a day to work on a compromise.

"We will not fix what we will not face. We must tell the story in its completeness," said Rep. Marvin Pendarvis, D-North Charleston. “Good people do bad things. Sweeping it away isn’t going to make it go away.”

Even in the bill's new form, it still leaves out part of the story because there are no documents from the original indigenous people living in South Carolina before European settlers arrived 500 years ago, said Rep. Gilda Cobb-Hunter.

And not everyone agreed the current documents are the best representation of America. “How can you expect me to say the Constitution was a great document when it didn’t recognize people like me,” asked Cobb-Hunter, D-Orangeburg,

After the compromise was reached, Republican Rep. Garry Smith asked all lawmakers to remember that the Founding Fathers left a promissory note that each generation has to pay off by making the country better.

“That wasn’t reached in the very beginning, But we are eventually getting there,” said Smith of Simpsonville. "We still have work to do. No doubt about that. But we have to have that ability to listen and talk and have a discussion on how we get there and what it means to other people.”