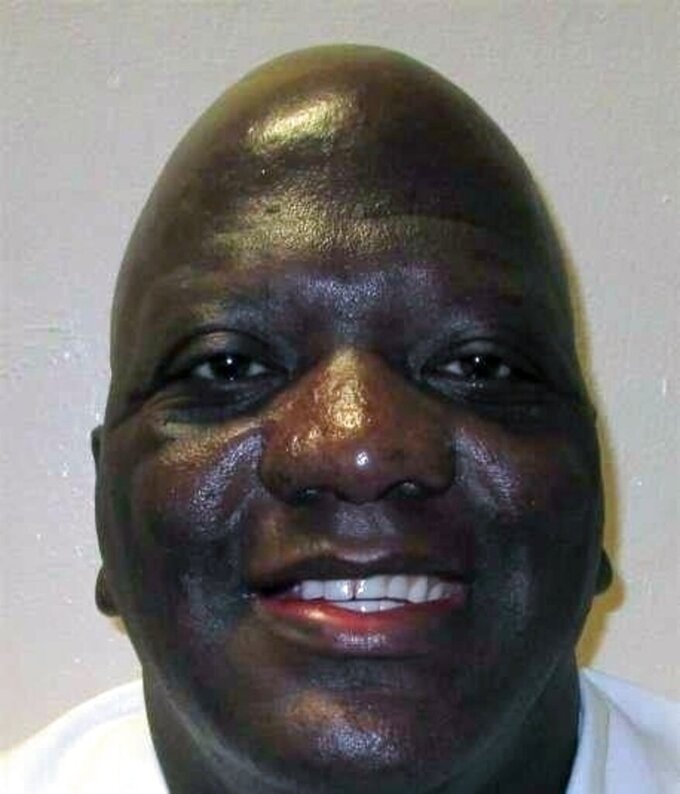 Uncredited, ASSOCIATED PRESS
FILE - This undated file photo provided by the Alabama Department of Corrections shows Willie B. Smith III. Federal judges heard arguments Wednesday, Oct. 13, 2021 about whether Willie B. Smith III, an Alabama inmate had the mental capacity to understand the paperwork setting up his planned execution next week, with a defense lawyer arguing the man's cognitive deficiencies warranted disability assistance.. (Alabama Department of Corrections via AP, File)

MONTGOMERY, Ala. (AP) — A federal judge has declined to block Thursday’s scheduled execution of an Alabama inmate convicted of the 1991 kidnap and murder of a woman abducted outside an automatic teller machine.

U.S. Chief District Judge Emily Marks on Sunday denied a request for a preliminary injunction sought by lawyers for Willie B. Smith III. Smith is scheduled to receive a lethal injection on Thursday at a south Alabama prison.

His lawyers argued that Smith, whose IQ has been measured in the 70s, should have been given help to understand prison paperwork related to the selection of an execution method.

Smith was convicted of the abduction and slaying of Sharma Ruth Johnson, 22. Prosecutors said Smith abducted Johnson at gunpoint from an ATM in Birmingham, stole $80 from her and then took her to a cemetery where he shot her in the back of the head.

Smith did not turn in the form selecting nitrogen. That laid the groundwork for the state to carry out plans for his execution by lethal injection on Thursday. The state has not developed a system for executing inmates by nitrogen.