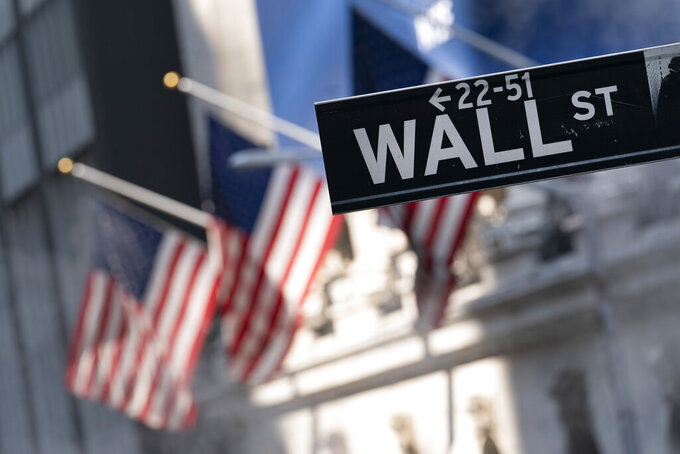 Asian markets tumbled Friday on the tail of Wall Street’s worst monthly loss since the beginning of the pandemic.

Tokyo skidded 2% and Australia’s benchmark sank 2.3%. Markets in Shanghai and Hong Kong were closed for holidays.

The S&P 500 ended September down 4.8%, its first monthly drop since January and the biggest since March 2020.

After climbing steadily for much of the year, the stock market has become unsettled in recent weeks with the spread of the more contagious delta variant of COVID-19, surging long-term bond yields and word that the Federal Reserve may start to unwind its support for the economy.

A quarterly survey by the Bank of Japan found business sentiment among Japanese manufacturers has risen to its highest level in nearly three years.

The results of the “tankan” survey, released Friday, found sentiment among large manufacturers rose to 18 from 14. That’s the highest level since late 2018. The reading for nonmanufacturers edged up only slightly, to 2 from 1.

However, it and various other surveys have found manufacturers struggling with shortages of computer chips and other components, amid disruptions to supply chains and shipping that might crimp the recovery from the pandemic.

The S&P 500 lost 1.2% on Thursday, ending the month 4.8% lower in its first monthly drop since January and the biggest since March 2020, when the viral outbreak rattled markets as it wreaked havoc with the global economy.

The benchmark index is still up 14.7% for the year.

All the sectors in the S&P 500 ended in the red Thursday, with technology stocks, banks and and a mix of companies that provide consumer goods and services accounting for much of the pullback. More than 90% of the stocks in the index fell.

In recent weeks, economic data has revealed that the highly contagious delta variant has crimped consumer spending and the job market’s recovery.

Inflation is another cause for concern. A wide range of companies has issued warnings about the impact of rising prices on their finances. Sherwin-Williams and Nike are among the many companies that have warned investors about supply chain problems, higher raw material costs and labor issues.

Investors are still trying to gauge whether those issues are temporary and part of the economic recovery or could linger longer than expected. The upcoming round of corporate earnings reports could shed light on how companies are dealing with those problems.

On Thursday, a bill to fund the U.S. government through Dec. 3 and avoid a partial federal shutdown cleared Congress. But the dispute between Democrats and Republicans over extending the nation’s debt limit remains unresolved.

Homebuilders fell broadly following a report showing average long-term mortgage rates climbed this week above 3% for the first time since June. Mortgage rates tend to track the direction in the 10-year Treasury yield. The average rate for a 30-year mortgage rose to 3.01%, according to mortgage buyer Freddie Mac. The rate averaged 2.88% last week and a year ago.

In other trading Friday, U.S. benchmark crude oil lost 23 cents to $74.80 per barrel in electronic trading on the New York Mercantile Exchange. It rose 18 cents to $75.03 per barrel on Thursday.