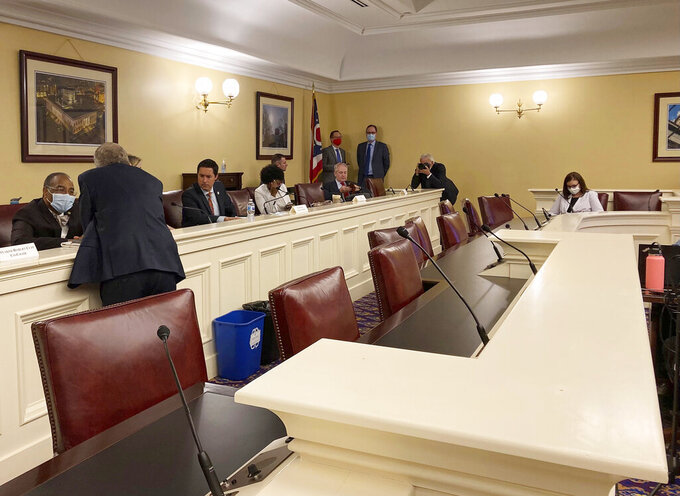 The newest lawsuit, filed in the Ohio Supreme Court by three advocacy organizations and six individual Ohioans, seeks to block the maps of Ohio House and Senate districts passed Sept. 16 along party lines by the GOP-dominated Ohio Redistricting Commission and require the commission to draw new districts.

“These maps should not be allowed to exist," Pierette “Petee” Talley, one of the named plaintiffs, said in a statement. “If the maps remain in place, millions of Ohioans, particularly Black Ohioans and other people of color who live in these gerrymandered communities like Toledo, won’t have a voice in any policies impacting their lives that come out of the Columbus statehouse.”

The litigation follows in line with legal action taken by the National Democratic Redistricting Committee’s legal arm and the ACLU on behalf of the League of Women Voters, A. Philip Randolph Institute and individual voters, each alleging the maps violate Ohio's constitution.

In addition to Talley, the plaintiffs in the lawsuit include five individual voters, as well as the Council on American-Islamic Relations of Ohio, Ohio Organizing Collaborative and the Ohio Environmental Council. The plaintiffs are represented by the Brennan Center for Justice at New York University's School of Law and law firm Reed Smith.

The complaint asserts the new maps would maintain the GOP veto-proof supermajorities in both chambers of the Ohio Legislature, in contradiction with the Republicans’ share of the vote in statewide and federal elections over the past decade of 54 percent.

“Ohio’s general assembly should fully represent Ohio’s Black and brown communities, not serve as a power trip for one political party,” Jeniece Brock, policy and advocacy director of the Ohio Organizing Collaborative, said in a statement Monday. “We need a representative and responsive government that hears our communities’ voices on everything from healthcare costs, to student debt, to police accountability."

The Ohio Supreme Court has original and exclusive jurisdiction in deciding the map challenges. Justices face some pressure to act quickly, should they decide to send the maps back to the drawing board. Candidates must register for 2022 elections on Feb. 2.