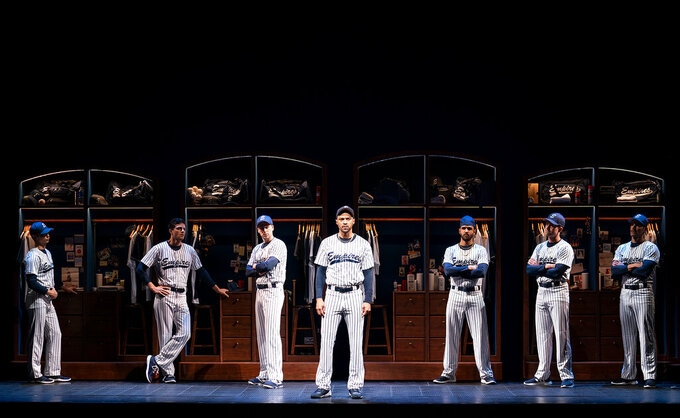 Joan Marcus, ASSOCIATED PRESS
This image released by Polk & Co. shows Jesse Williams, center, during a performance of the Broadway revival of the baseball-themed "Take Me Out," in New York. (Joan Marcus/Polk & Co., via AP) 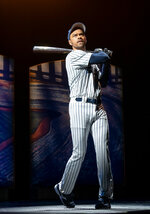 NEW YORK (AP) — Video of a naked Jesse Williams captured onstage in a shower scene from a Broadway play has been posted online, prompting an outcry from the producers and the union that represents actors and stage managers.

“We condemn in the strongest possible terms the creation and distribution of photographs and videos of our members during a nude scene,” said Kate Shindle, president of Actors’ Equity Association. “Whoever did this knew not only that they were filming actors without their consent, but also that they were explicitly violating the theater’s prohibition on recording and distribution.”

Williams is starring in a revival of “Take Me Out,” Richard Greenberg’s exploration of what happens when a Major League Baseball superstar comes out as gay, tracing the way it unsettles the team and unleashes toxic prejudices. Williams earned a Tony Award nomination Monday for playing the superstar.

Second Stage Theater, which is producing the revival, has been using Yondr pouches to protect the actors. Audience members arriving at the theater surrender their phones which are then put in the locked pouches until the end of the show. The company said it would beef up security in the wake of the violation.

“Taking naked pictures of anyone without their consent is highly objectionable and can have severe legal consequences," Second Stage said. "Posting it on the internet is a gross and unacceptable violation of trust between the actor and audience forged in the theatre community. We are actively pursuing takedown requests and ask that no one participates in the distribution of these images.”