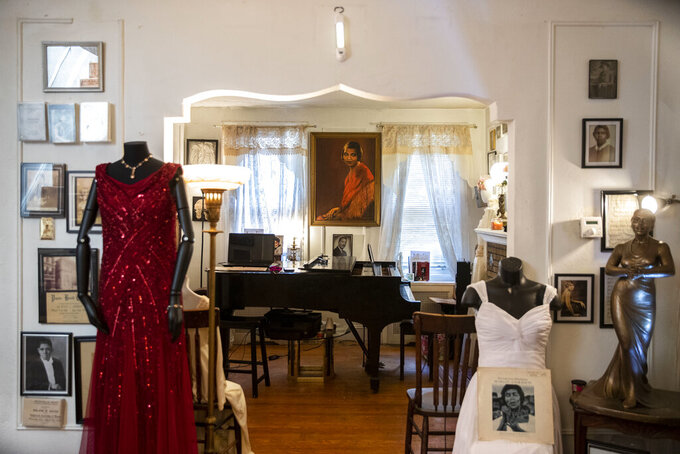 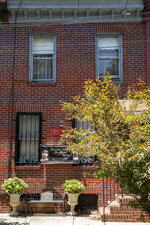 PHILADELPHIA (AP) — When Denyce Graves visited Marian Anderson in the Connecticut home where the famed singer lived later in life, the two vocalists talked about how Anderson had never sought to “become the face of the civil rights movement.”

But Anderson was called to that moment in Washington, Graves said, referring to the now-historic 1939 open-air concert in front of the Lincoln Memorial, when Anderson’s voice became a unifying force for racial justice.

“She would open her mouth and sing,” said opera star Graves, “and I don’t care who you were — you knew you were in the presence of something great, something tremendous, something that was bigger than all of us.”

Now, Graves has joined a quickly advancing dual effort to amplify that voice with a proposed Broad Street sculpture honoring Anderson, and to bring critical funding to the South Philadelphia house museum long devoted to the singer.

A task force of arts and civic leaders pursuing the idea began to take shape only a few months ago, yet the project has already attracted $100,000 in commitments. Planners are beginning to develop a budget and a process for choosing an artist for the sculpture.

The new piece is envisioned as standing outside the Academy of Music, the hall where the Philadelphia contralto performed numerous times. A public event announcing the project is slated for August.

In fact, a number of unrelated developments are coalescing around the legacy of Anderson, who died in 1993 at age 96 and is revered both for the Lincoln Memorial concert — organized after she was denied an opportunity to sing at Constitution Hall in Washington because of her race — as well as for being the first Black artist to sing a leading role with the Metropolitan Opera.

On Thursday, the National Trust for Historic Preservation was set to announce a grant of $75,000 through its African American Cultural Heritage Action Fund to help repair the exterior of the Marian Anderson Museum & Historical Society on Martin Street in South Philadelphia.

As for the prominent Philadelphia awards program named for the singer, change is in the wind there, too. Owing to the pandemic, a Marian Anderson Award won’t be presented this year, but its return is expected in the fall of 2022. “We are working towards a more inclusive event for the community and increased commitment to support youth/young musical artists in Philadelphia,” said Gregory Murphy, interim executive director of the award, in a text message.

The prospect of a Marian Anderson sculpture brings significance beyond this one piece. It also once again highlights how few works of public art in Philadelphia reflect the contributions of the city’s Black citizens.

“Hopefully this is just the beginning of a much more diverse collection of public art,” says Carol Clark Lawrence, the city’s former director of the Office of Arts and Culture, a leader in the Octavius V. Catto memorial project, and now an informal adviser to the Marian Anderson sculpture task force. “There’s a huge opportunity to consider other individuals who deserve to be honored.”

The exact location of the sculpture outside of the Academy will be determined in consultation with the eventual artist and others, says Fred Stein, a member of the task force.

“I see her on the first two steps, not on a three-foot pedestal where people can’t take a picture with her. She was a singer of the people,” said Stein.

She points out, though, that so far she has no details on how much financial support that would mean.

“I am hoping it can be done the right way, with it being attached to the museum and historical society and to have that support,” said Pirtle, who is a member of the task force. “It would have such less meaning as a statue and monument without it leading to the support of her heartbeat, Marian Anderson’s heartbeat. And Marian Anderson’s heartbeat is the home, the museum, the scholars program, the story, the legacy.”

Any funds the museum receives from the campaign would go toward establishing an endowment for the museum and historical society, Pirtle said.

Anderson, born and raised in South Philadelphia, had a major international career as a vocal recitalist. Her role as a civil rights figure arrived when the Daughters of the American Revolution refused her an appearance in Constitution Hall because she was Black. Eleanor Roosevelt resigned from the DAR in protest, and the Lincoln Memorial concert was arranged. The event drew a crowd of 75,000 and was heard by many more nationally via radio broadcast.

Anderson didn’t accept the appearance without doubts. “I could not run away from this situation. If I had anything to offer, I would have to do so now,” said Anderson in her autobiography, My Lord, What a Morning.

But the episode cemented her place in American history, and four days after the Lincoln Memorial concert, when Anderson came back home to Philadelphia for a recital at the Academy of Music, she packed the house and hundreds were turned away.

The idea of erecting a monument to Anderson has been raised numerous times over the years, but the current effort organized after Stein read an Inquirer column last November arguing that the time was right.

The raising of a monument at the Academy of Music was a long-held dream of late Marian Anderson Museum & Historical Society founder Blanche Burton-Lyles, Pirtle said.

Pirtle points out that it was at the Academy that Anderson received the Philadelphia Award in 1940.

“It always held special significance for her,” she said.

The project so far has attracted two grants of $50,000 each from the Philadelphia Foundation and Carole Haas Gravagno, and planners are awaiting word on several other funding proposals. “I think we’re off to a good start,” says James McClelland, a veteran Philadelphia arts fund-raiser who serves on the task force.

The Marian Anderson Museum & Historical Society will be a beneficiary of a “substantial,” if as-yet-undetermined, portion of the amount raised, said Stein.

Its needs are great.

The $75,000 grant from the African American Cultural Heritage Action Fund won’t cover the full amount of repairing and weather-sealing the exterior of the Martin Street building, which requires an estimated $150,000 to $200,000 in work, according to a recent conditions assessment commissioned by the Preservation Alliance for Greater Philadelphia. The report outlines the need for a new roof, brick repointing, new windows and doors, installation of life-safety systems, and other repairs.

“What we see when we announce (grants) and historic organizations are recognized nationally is that then many received substantial new investments, and that is what we are hoping for with the Marian Anderson house.”

Yet more work is required. The interior of the building was damaged last year after burst pipes filled the house with water. Also soaked were many of Anderson’s costumes, musical scores, photographs, news clippings, and other memorabilia out for display at the time. Pirtle says she is still about halfway to the $40,000 goal needed for repairs.

Some of the artifacts damaged have now been restored. Of others, she says: “We’re trying to see if they can be salvaged at all.” The majority of the society’s items are stored offsite and were unaffected.

Separately, the Marian Anderson Collection at the University of Pennsylvania is a major repository for her journals, fan mail from schoolchildren, correspondence with world leaders, concert programs, scrapbooks, photographs, and financial records and other materials collected by Anderson and her relatives.

But a visit to Martin Street, a cozy block near South 20th and Fitzwater Streets, provides a more intimate communion with the singer and her world. The Anderson house museum is currently closed to the public — first because of the pandemic, now because of the water damage — but often it is Pirtle who walks visitors through the small rowhome, telling stories about Anderson, her career, and the glittery circle of friends and colleagues whom she hosted in her home.

Even before the current financial difficulties, the museum suffered from chronic underfunding. One of the goals of the new task force is the creation of an app to guide foot traffic from the heavily populated location of the sculpture at the Academy of Music at Broad and Locust to the house museum about a mile away.

Planners hope to make connections in the minds of visitors: between the sculpture and the house, Anderson as singer and humanitarian, Philadelphia and the nation.

Said Graves: “Our nation is defined by its commitment to the arts, and one of our great heroes, the ‘Lady from Philadelphia,’ is getting the recognition she so deserves.”