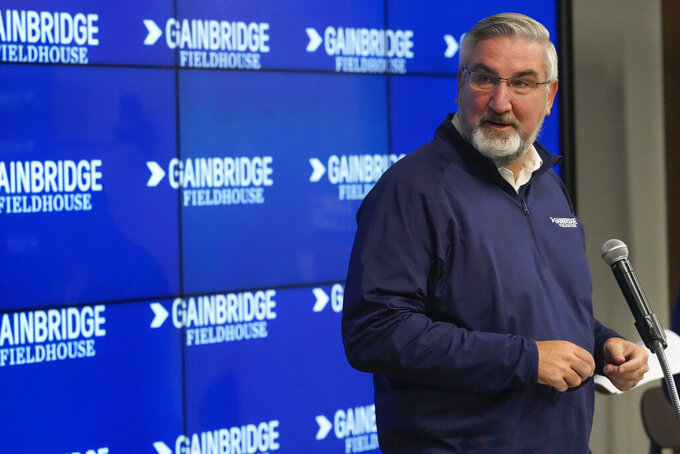 INDIANAPOLIS (AP) — A judge on Thursday upheld the increased power Indiana legislators gave themselves to intervene during public health emergencies, siding with them in a lawsuit filed by Gov. Eric Holcomb.

The Marion County judge ruled that the state constitution gave the General Assembly the authority to determine when and for how long it will meet. The judge wrote that the Legislature wasn’t limited to just meeting during its annual sessions that begin in early January and adjourn by the end of April.

Holcomb contends in his lawsuit that the constitution allows only the governor to call the Legislature into a special session later in the year. The Republican governor’s lawsuit argued that the law passed this spring over his veto violates the constitution by giving legislative leaders the authority to call lawmakers into an “emergency session” after a governor has declared a statewide emergency.

Republican legislators advanced the law following criticism from conservatives over a statewide mask mandate and other COVID-19 restrictions that Holcomb imposed by executive order.

Legal experts anticipate the dispute will ultimately be decided by the state Supreme Court.

Marion County Judge Patrick Dietrick wrote that the governor’s constitutional power to call the Legislature into a special session was necessary when lawmakers were limited to meeting every other year for a maximum of 61 days.

But constitutional amendments approved by statewide referendums in 1970 and 1984 removed those limits and the “emergency session” law is a “straightforward exercise of the General Assembly’s authority,” Dietrick wrote.

“Nothing in the Indiana Constitution guarantees a legislative interregnum during which the Governor has exclusive power to decide whether the legislature should be in session,” Dietrick said.

Holcomb’s lawsuit has divided Indiana’s Republican hierarchy, with GOP state Attorney General Todd Rokita siding with legislators. Rokita’s office unsuccessfully argued that courts shouldn’t consider Holcomb’s lawsuit, maintaining that the attorney general alone had the legal authority to represent the state in court and could decide whether the new law is allowed under the state constitution.

The attorney general’s office called Dietrick’s ruling “an important win for the separation of powers” between the state's executive and legislative branches.

“This is a huge win for the people of Indiana and permits their voices to be heard through their legislators when the Governor invokes his own emergency powers,” Rokita said in a statement.

Holcomb has said he’s worried that any action taken by the Legislature under the new law could be challenged as illegal and lead to “significant uncertainty” during a time of emergency.

One of Holcomb’s attorneys argued before the judge last month that if legislators wanted the authority to meet at any time, then they should seek to amend the state constitution rather than set up an “illegitimate session.”

State Solicitor General Thomas Fisher, a top Rokita deputy, argued that the constitutional amendment allowing the Legislature to meet each year already gave lawmakers “maximum flexibility” on deciding when to meet and that legislators could pass a law setting meeting times outside their current annual sessions.

The governor’s lawsuit seeks to prevent the Legislature from doing “in summer and fall what it can do in winter and spring” and prevent lawmakers from representing their constituents in response to statewide emergencies, Fisher told the judge.

Republican legislative leaders have maintained that the measure wasn’t “anti-governor” and praised Holcomb’s handling of the coronavirus pandemic, which health officials say has killed nearly 16,000 people in the state since March 2020.

The Legislature’s powers include the authority to terminate emergency orders issued by the governor. Numerous Republican lawmakers sponsored such resolutions during this year’s session, but legislative leaders didn’t advance any of them for votes before the regular legislative session ended.