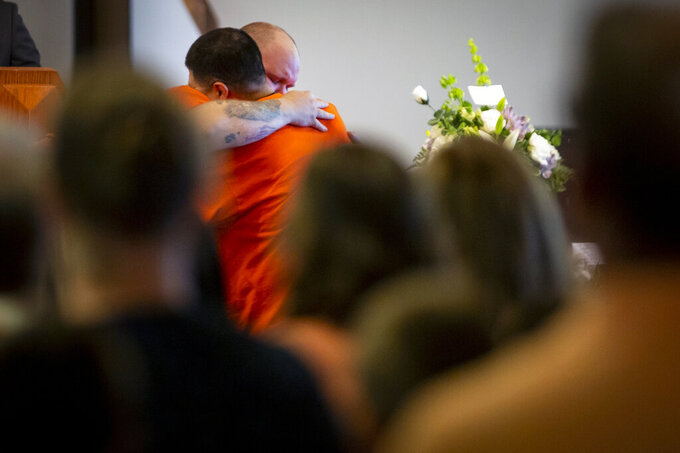 DES MOINES, Iowa (AP) — Family and friends are remembering the joy an 11-year-old boy brought to others before he was critically injured on a ride at an Iowa amusement park earlier this month and died the next day.

Many of the more than 100 mourners grieving Michael Jaramillo's death wore orange to his funeral in Des Moines on Saturday because it was his favorite color, according to The Des Moines Register.

Jaramillo was injured on July 3 after a boat he was riding on with five other family members flipped over at Adventureland Park in Altoona and trapped the young boy and his older brother under the water for minutes. Michael Jaramillo died the next day while 16-year-old David Jaramillo remains hospitalized in critical condition.

“There is honestly nothing bad I can say about this young man, and there are very few people in this world I hold to that high of a regard. Michael was just a kind, loving, gentle young man,” Pastor Christian Shields said.

Shields, who is the pastor at Christian Life Church, said he got to know Michael Jaramillo well over the past year and a half that his family from Marion had worshipped at the church in Cedar Rapids.

Jaramillo's cousin, Nyla Pettie, who was on the white-water ride with him that day, said she will miss his laughter.

“I hope you know how significant your presence is and how earthy you could be. Your laugh was contagious and you smiled when you sang,” said Pettie, who read a poem she had written for her dead cousin at the funeral.