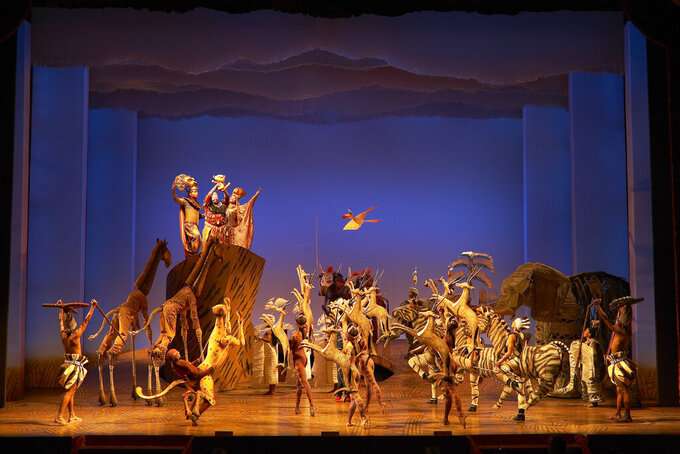 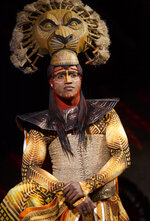 NEW YORK (AP) — L. Steven Taylor got the call that would change his life in 2005: Would he like to make his Broadway debut in “The Lion King”? It was just a six-month contract but he took it, uprooting his family and moving to New York.

“Six months has turned into 16 years,” Taylor says with a smile. “The show just kept kind of pulling me back, calling me back. It’s home for me.”

Taylor got the honor to restart “The Lion King” this week as Mufasa, the king, after 18 months of silence due to the pandemic. Roars greeted him as he stood atop Pride Rock at Tuesday's reopening. Being back is both familiar and not.

“It’s just different and the same,” he says. “It’s kind of these two feelings fighting with each other constantly everywhere.”

Taylor started in the Broadway ensemble, went out on tour, took a break to do other work, returned to the ensemble, went back on tour and has been Mufasa on Broadway for the last six years.

Taylor — born Steven Lamar Taylor but who goes professionally as L. Steven Taylor — has matured into the Mufasa role, gradually making it his own. He was a young father when he started in the show and now his son is off in college — studying musical theater.

“This is everybody’s favorite father, you know what I mean? That weight of the gravity of what I was stepping into was super heavy on me at first just because I just wanted to do it right,” he says.

“When I first stepped into the role, I was 26. I was a very young father. And all I was trying to do was not trying to mess up. So every time I put on the costume, I felt like I was kind of playing in daddy’s clothes.”

Over time, he has infused the role with his own personality and rebuilt his body to easily wear the costume, which he warns will “swallow you up,” especially the king's big headdress.

“I was confident enough of who I am as a dad, as an actor, to bring those elements into this role and vice versa. There’s a lot of things that I’ve learned through playing this role that I like to think that I’ve implemented into my life as a father to my relationship with my son.”

Taylor recounts the first time his son watched him as Mufasa. His young son, Steven Taylor Jr., and a friend were seated in the front row when — spoiler alert — Mufasa dies and is lowered into the ground. From the stage, Taylor could hear his son's friend saying: “Your dad's dead now.” To which his son replied: “He's just playing!”

Adrienne Walker, who plays Nala in the show, calls Taylor a natural leader and a comforter. He checked in on her frequently during the shutdown, once even offering to drive her to and back from the doctor's office because she didn't want to take the subway. “He is a leader and he cares and it’s not show. It’s just who he is,” she says.

During the enforced hiatus from “The Lion King,” Taylor had to pivot. He did online concerts and turned his son’s old bedroom into an recording studio to narrate audio books. He and his partner, Holly Ann Butler, an actor in the Broadway musical “Diana,” made funny videos, one of which went semi-viral called “The Tango Quarantine.”

He also took the time to reflect on what he wanted to be. “Revisiting the things that were important to me during this time was a really key factor in getting me through this, reconnecting with family and even cutting some friends off,” he says.

On a wider scale, Taylor has also cheered proposed reforms and commitments for the theater industry to be more inclusive galvanized by the killing of George Floyd and last summer’s protests.

“Broadway itself has always been this kind of lofty ideal that wasn’t really changing. Broadway was this unmovable thing,” he says. “We are what makes up Broadway and it should reflect that.”

In addition to his regular job, Taylor and a castmate from “The Lion King” are writing a musical and he'd like to return to TV and film — mediums “I didn’t think that I would enjoy as much as I do,” he says.

“The most important thing to me is, is being able to tell stories of people who are underrepresented in whatever area. And that’s most likely where most of my efforts will go from here on out.”

While “The Lion King” has been running on Broadway for 23 years, Taylor thinks it's the perfect show to usher the world toward a more equitable and inclusive future.