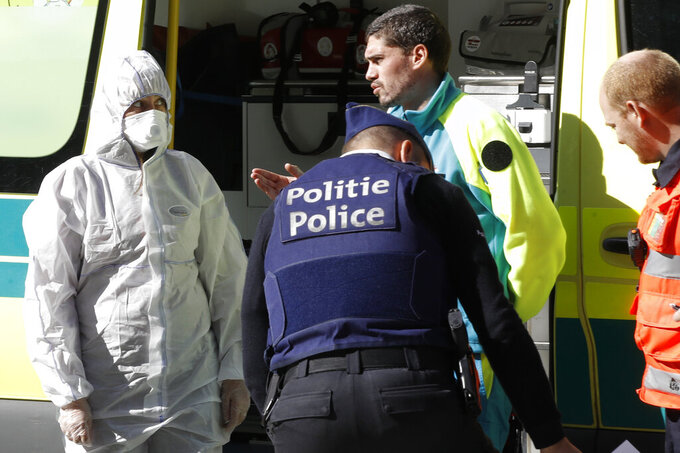 Uncredited, ASSOCIATED PRESS
A woman in a hazmat suit works with police outside EU headquarters in Brussels after an incident was reported on Friday, Sept. 30, 2022. It was not immediately known the reason for the investigation. (AP Photo) 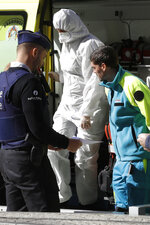 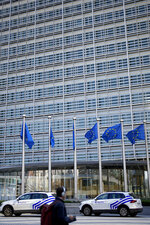 BRUSSELS (AP) — Emergency workers in hazmat suits responded to the headquarters of the European Union's executive commission Friday after an envelope containing a suspicious white powder was found on the premises, a spokesperson for Brussels firefighters said.

Walter Derieuw told The Associated Press that only one person came into contact with the substance, which has been sent to a military laboratory for analysis. The person, who was not identified, did not show any negative symptoms and was authorized to return home after taking a shower at European Commission headquarters.

Brussels police confirmed an intervention at the Berlaymont office building after “a suspicious package” was found but declined to give details when contacted by the AP.

The envelope was found on the 13th floor of the building, where the office of European Commission President Ursula von der Leyen is located.

“Everybody is fine as far as I know,” Mamer said.