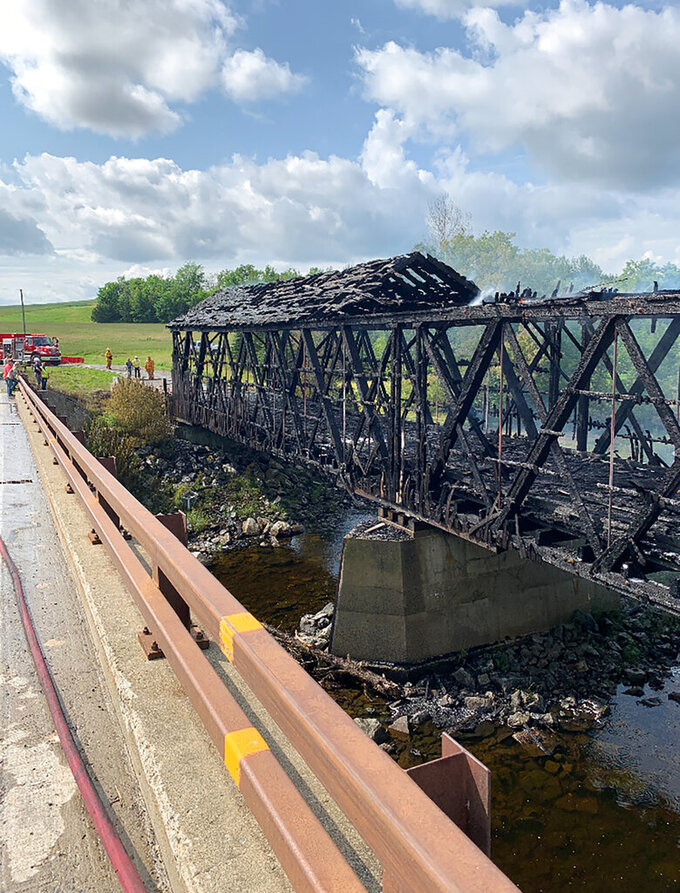 Uncredited, ASSOCIATED PRESS
This photo provided by the Maine Fire Marshal's Office, shows what's left of the Watson Settlement Bridge in Littleton, Maine, after it burned on Monday, July 19, 2021. It was one of Maine's nine covered bridges, and the only one in Aroostook County. The bridge, built in 1910, spans the Meduxnekeag River and is listed on the National Register of Historic Places. Firefighters could not save the bridge and it's considered to be a complete loss. (Maine Fire Marshall's Office via AP)

LITTLETON, Maine (AP) — One of Maine's nine covered bridges — and the only one in Aroostook County — has been destroyed by fire, officials said Tuesday.

The Littleton Fire Department doused the blaze on the Watson Settlement Bridge but little was left other than the frame on Monday. The bridge, built in 1910, spans the Meduxnekeag River.

The bridge is considered a complete loss, said Shannon Moss, spokesperson for the Maine Department of Public Safety.

A team of investigators from the state fire marshal's office has been dispatched to determine the cause of the fire.