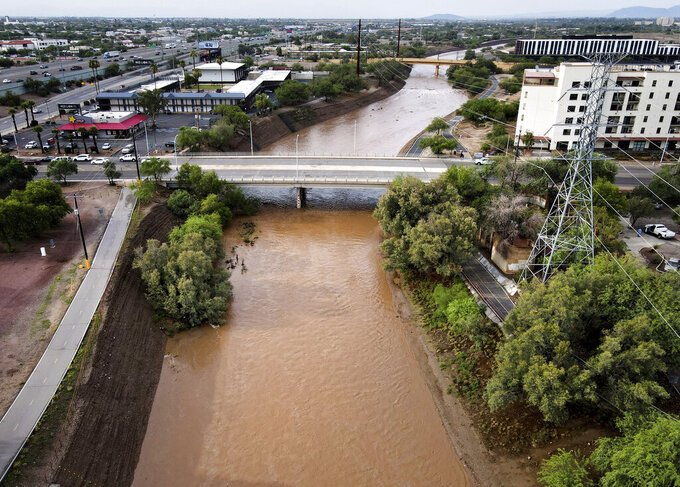 PHOENIX (AP) — Scorching summer heat in Phoenix has been replaced by rain, lightning, flooding and cool temperatures because of monsoon thunderstorms.

By evening, flash flooding was reported in New River and parts of the northern metro area that received 2.6 inches (6.6 centimeters) of rain. The National Weather Service issued a flood warning for Maricopa County until Saturday morning near Lake Pleasant and New River Anthem.

Forecasts called for more of the same into the weekend.

The high temperature for the day was 83 degrees Fahrenheit (28 Celsius) at the airport, well below the average 106 F (41 C) for the date.

Several parts of the region received more than an inch (2.5 centimeters) of rain, including in Phoenix and Scottsdale, azfamily.com reported.

Forecasters warned that areas with burn scars from old wildfires could be at risk for flash flooding.

In more urban areas like Phoenix, flooding was reported on highways, streets and underpasses. Drivers were advised not to try to cross any flooded path.