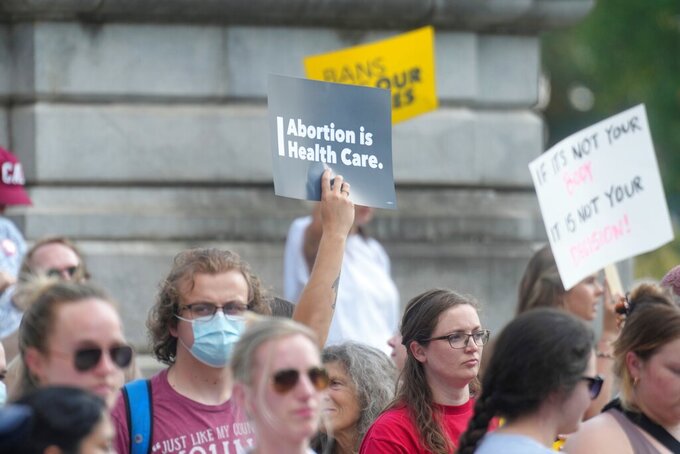 In the wake of the Supreme Court’s decision to overturn Roe v. Wade, lawmakers are poised to further restrict abortion rights in Republican-controlled South Carolina — which is not one of the 13 states with “trigger laws” banning abortion.

Shortly after the ruling, Republican Gov. Henry McMaster said he would “immediately” work with members of the state legislature, where the fight over the future of abortion rights in the state has already begun.

Although McMaster signed a bill last year banning most abortions after six weeks, a federal appeals court blocked the law from taking effect in February. The state attorney general’s office asked the court to lift its injunction Friday.

In the General Assembly, lawmakers passed a resolution before the legislative session ended that would allow a return for possible abortion-related measures. The state House has already established a committee to consider further restrictions “to prepare for this day,” according to House Majority Leader David Hiott.

“I want to ban it altogether,” the Republican lawmaker told The Associated Press on Friday.

State Senate Minority Leader Brad Hutto said he had introduced a bill protecting abortion rights in South Carolina — though he doesn’t expect the legislature to return for at least a few weeks.

But state House Minority Leader J. Todd Rutherford said he is doubtful Democrats will be able to block whatever measures the state’s Republican majorities put forth.

“I hold out no hope that I will prevail given the activist judges on the Supreme Court and the members of the General Assembly that could care less about a woman’s right to choose,” Rutherford said.

A spokesperson for McMaster declined to name specific restrictions the governor would like to see passed but said he expects the General Assembly to take up anti-abortion legislation in the coming months.

Vicki Ringer, the director of public affairs for Planned Parenthood South Atlantic SC, confirmed that appointments are still being scheduled for next week in Charleston and Columbia.

Her organization will do so "for as long as we can for as many people who need our help,” Ringer said in a direct message.

Twenty-two states have already enacted total or near-total abortion bans — all of which had been blocked by courts before Friday, save for Texas' law.