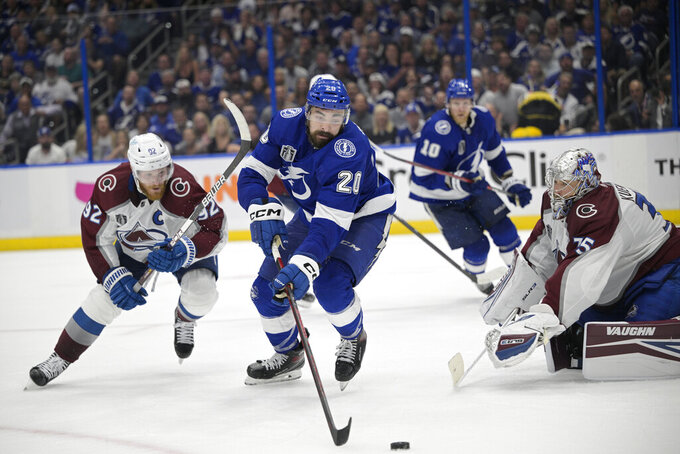 TAMPA, Fla. (AP) — The Tampa Bay Lightning have accomplished one of their top offseason priorities, retaining forward Nick Paul with a seven-year contract worth just over $22 million.

Paul was obtained in a trade from the Ottawa Senators in March. The 27-year-old filled several roles, helping the Lightning reach the Stanley Cup Final for the third consecutive year.

The Colorado Avalanche ended the team’s bid or a third straight title, winning the NHL title in six games.

Paul, who will earn an average of $3.15million under his new contract, had five goals and four assists in his first playoff action. He filled various roles with Brayden Point sidelined by a torn quadriceps muscle for most of a 23-game postseason run.

Paul appeared in 21 games with Tampa Bay during the regular season, finishing with five goals and nine assists. He made his playoff debut against Toronto and scored his first two career postseason goals the Lightning’s 2-1 victory in Game 7 of the first-round series.

A fourth-round draft pick of the Dallas Stars in 2013, Paul spent part of seven seasons with the Senators before being traded to Tampa Bay in exchange for Mattieu Joseph and a fourth-round pick in the 2024 draft.