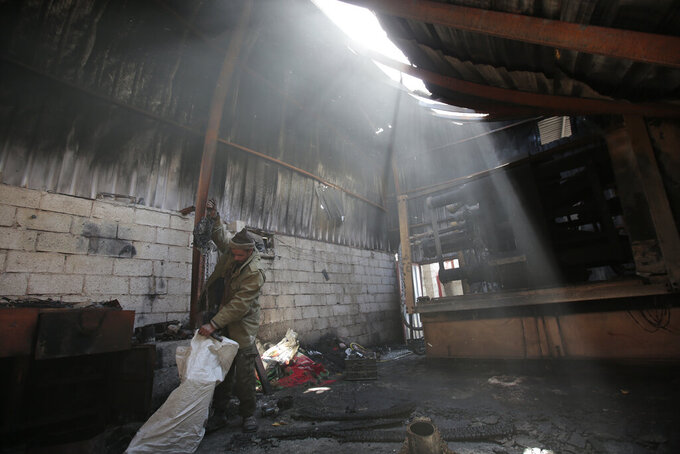 CAIRO (AP) — A Saudi-led coalition airstrike Tuesday gutted a plastics factory in Yemen's rebel-held capital of Sanaa, the rebels said, the latest attack amid an escalation in fighting in recent weeks.

The dawn strike hit a factory owned by a Syrian national and situated near a hospital in the south of the city, according to a statement from the Iran-backed Houthi rebels. No casualties were immediately reported.

Yemen’s war began with the 2014 takeover of Sanaa by the Houthis, who control much of the country’s north. The Saudi-led coalition entered the war the following year determined to restore the internationally recognized government and oust the rebels.

Fighting has raged along the country's western coastline in and around the strategic port city of Hodeida.

On Friday, government-allied militias made significant advances in the coastal city of Mocha, south of Hodeida. Dozens were killed in the clashes, said security officials from both sides.

Humanitarian group Doctors Without Borders said its trauma hospital in Mocha received 45 wounded from fighting on Friday and Saturday. It was the second influx of wounded to the group's hospital in the last 10 days, the group said Monday.

Earlier this month, forces loyal to the government withdrew from Hodeida, allowing the rebels to retake key positions there. Shortly afterward, pro-government militias returned to the city and clashes raged between the two sides. Houthi officials said coalition airstrikes hit the port city for the first time in more than two years.

In recent months, the Houthis have attacked government forces in the provinces of Shabwa, Bayda and Marib, despite calls by the U.N., the United States and others to stop fighting and engage in negotiations to find a settlement to the conflict.

The developments have been a significant setback to the U.N.-brokered cease-fire in 2018 that ended fighting over Hodeida. The deal was seen as an important first step toward ending the broader conflict in Yemen, devastated by years of civil war, but was never fully implemented.

The Yemen conflict has killed tens of thousands of civilians and fighters. It has created the world’s worst humanitarian crisis, leaving millions suffering from food and medical care shortages and pushing the country to the brink of famine.