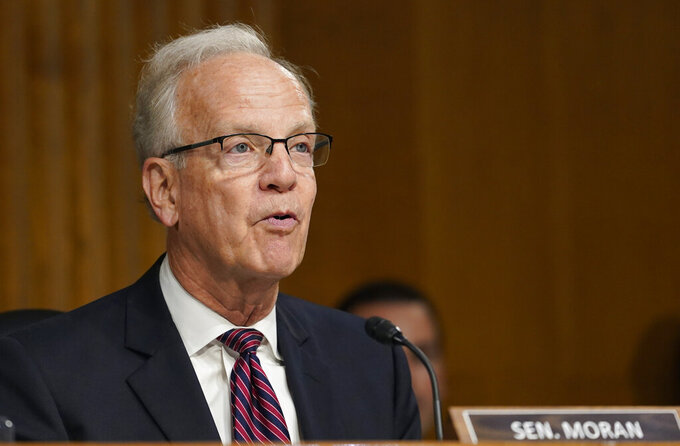 Former President Donald Trump endorsed Moran early in 2021, insulating him from a serious Republican primary challenge, though Moran voted to certify the results of the 2020 presidential election the month before Trump’s endorsement. Holland won the Democratic primary in August against five other largely unknown candidates.

Moran’s career has been marked by his ability to retain the support of all factions of the Kansas Republican Party. He represented a western and central Kansas district in the House for 14 years before being elected to the Senate in 2010.

Moran has gained some visibility in Washington in recent years for his work on veterans issues. He is the top Republican on the Senate Veterans’ Affairs Committee, after serving a year as chair when the GOP held a majority. He and Democratic Sen. Jon Tester, of Montana, led a successful effort this year in their chamber to pass improved health care and disability benefits for millions of veterans exposed to toxic burn pits.

Holland is a United Methodist pastor who was elected to local office in 2007, then Kansas City, Kansas, mayor in 2013. He served one term, losing his race for reelection in 2017.

It’s been 90 years since Kansas elected a Democrat to the U.S. Senate.