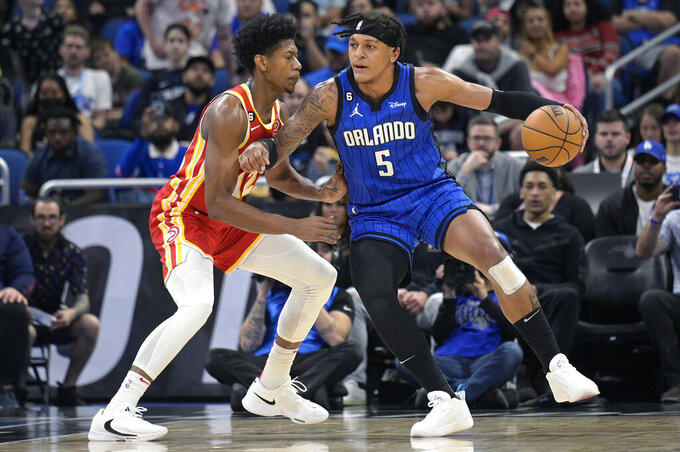 ATLANTA (AP) — The Atlanta Hawks will be without both of their starting forwards for at least the next three games.

John Collins will miss at least the next two weeks with a sprained left ankle and De'Andre Hunter will be sidelined for at least one week with a right hip flexor strain, the Hawks said Thursday.

Both departed with the injuries during Wednesday night's win over Orlando. Hunter played only seven minutes and Collins was hurt after a dunk that didn't count at the halftime buzzer.

Hunter is third on the Hawks in scoring at 14.9 points per game, and Collins is fourth at 12.3 points.

Hunter, a fourth-year player out of Virginia, has yet to play a full season because of various injuries.