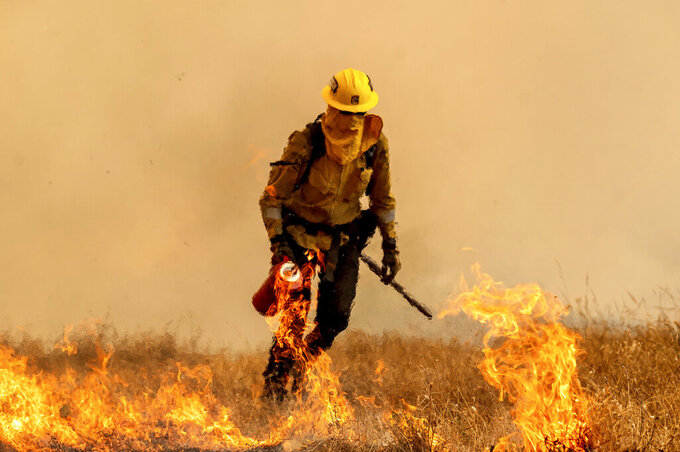 The Electra Fire had burned 6.4 square miles (16.6 square kilometers) of rural terrain but it was now 40% contained without any buildings burned, the California Department of Forestry and Fire Protection reported.

In addition, about 17% of the fire's was declared controlled, meaning there wasn't any smoke or any hotspots within the fire perimeter in that area, Cal Fire said.

Some evacuation orders were lifted.

The fire erupted Monday afternoon in the foothills of the Sierra Nevada, forcing evacuations in Amador neighboring Calaveras counties. However, some Amador County evacuations were downgraded to warnings on Wednesday.

Cal Fire said the number of threatened structures remained at 1,217 but there were no reports of structures destroyed or damaged. One firefighter has been injured.

The fire started at a recreation area along a river where people were celebrating July Fourth. The cause remained under investigation, but Amador County Sheriff Gary Redman has said the location could suggest fireworks or a barbecue as a cause.