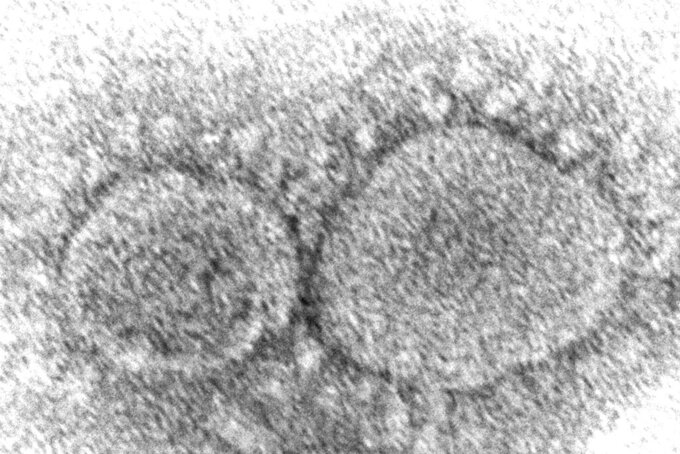 Hannah A. Bullock, ASSOCIATED PRESS
FILE - This 2020 electron microscope image made available by the Centers for Disease Control and Prevention shows SARS-CoV-2 virus particles which cause COVID-19. The coronavirus mutant that just became dominant in the United States as of May 2022 is a member of the omicron family. But scientists say it spreads faster than its omicron predecessors, is adept at escaping immunity and might possibly cause more serious disease. (Hannah A. Bullock, Azaibi Tamin/CDC via AP, File)

BIRMINGHAM, Ala. (AP) — The number of people hospitalized for COVID-19 is again on the rise in Alabama after weeks in decline, with more than 130 being treated statewide for the first time since late March.

While state statistics show hospitalizations crept up this week to reach 132 on Thursday, that's only a fraction of the number of people who were hospitalized when the pandemic was at its worst and about 3,000 patients filled beds.

The coronavirus mutant now dominant in the United States is related to the earlier omicron variant, but scientists say it spreads faster than its omicron predecessors, is good at escaping immunity and might cause more serious disease. Just over half of the state's population is fully vaccinated, according to the Centers for Disease Control and Prevention.

About 19,650 people have died of COVID-19 in the state, according to researchers at Johns Hopkins University. The state has the nation's fourth-highest death rate, with 402 fatalities for every 100,000 residents.

Over the past two weeks, the rolling average number of daily new cases has increased by roughly 279, an increase of almost 92%. There were 145 new cases per 100,000 people in Alabama over the period, which ranks 48th in the country for new cases.

One in every 1,195 people in Alabama tested positive in the past week, according to Johns Hopkins.