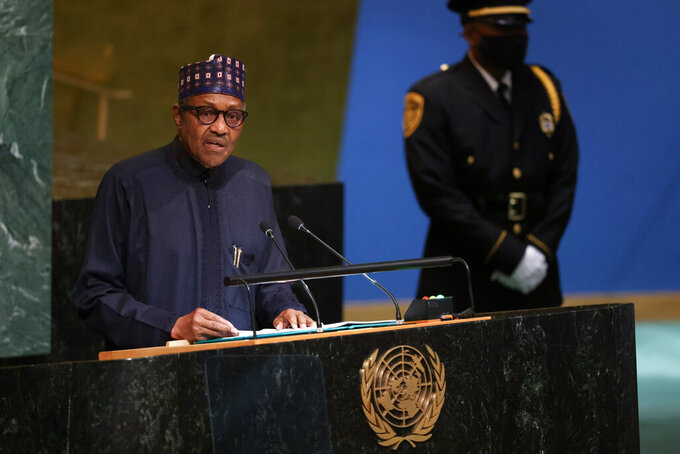 ABUJA, Nigeria (AP) — Presidential candidates in Nigeria signed an accord Thursday committing to a peaceful campaign for the 2023 election.

Nearly all of the 18 candidates for president signed the pact at an event in Abuja, the nation’s capital, where authorities also rolled out plans to ensure a hitch-free election. Similar peace accords have been struck in every general election cycle since 2015.

Some form of violence usually accompanies general elections in Nigeria. At least 58 people died in election-related incidents in 2019, according to a coalition of civil society groups.

Former Nigerian Head of State Abdulsalami Abubakar, who leads the National Peace Committee, said the pre-election accords nonetheless have “contributed significantly to mitigating the violent conflicts of these elections.”

Nigerian President Muhammadu Buhari is due to leave office in May after completing his second term and has promised peaceful voting to elect his successor.

But next year’s election has been described as “a battle for the soul” of Nigeria, coming at a time the country is faced with various security and economic challenges that have led to the loss of lives and made living more difficult for many.

Nigeria’s economy, security and governance have emerged as major talking points in the campaigns.

Abubakar identified fake news and misinformation as one of the “issues of major concern” ahead of the 2023 election, saying the spread of fake news has “shifted focus away from issue-based campaigns and created the platform for political parties to result in name-calling … and character assassination.”

The peace accord signed Thursday is intended "to commit all political parties, presidential candidates and their spokesperson to peaceful political campaigns and rallies devoid of violence, incitement and personal insults but also to be defined by issues at the very heart of national development and progress,” he said.

Mahmood Yakubu, chairman of Nigeria’s Independent National Electoral Commission (INEC), said the campaign agreement is important “considering the connection between peaceful campaign on the one hand and peaceful and credible elections on the other.”

Nigeria Police Chief Usman Baba said the law enforcement agency will work with election and government officials to ensure a peaceful political campaign. He also banned personnel of various subnational security outfits — many of which operate at the state and council area levels — from election-related activities.