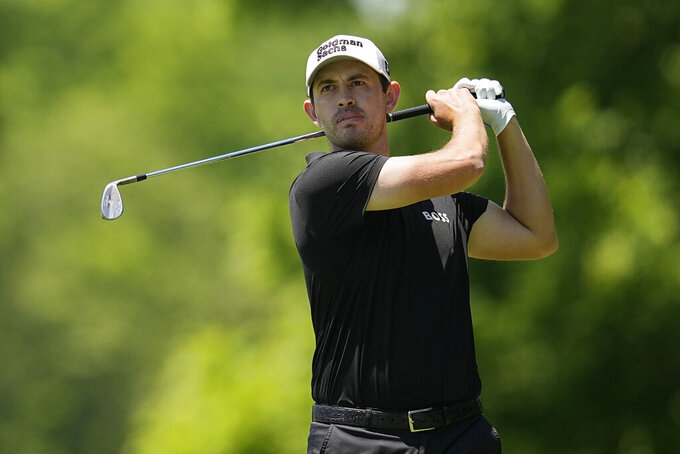 CHARLOTTE, N.C. (AP) — A capsule look at the U.S. team for the Presidents Cup, which starts Thursday at Quail Hollow Club:

Noteworthy: A two-time winner this year, Burns was among the last players Steve Stricker considered for a captain’s pick at the Ryder Cup last year. Won both his tournaments this year in a playoff.

Noteworthy: He teamed with Xander Schauffele to win the Zurich Classic, and they are 4-2-0 in the Ryder Cup and Presidents Cup. Spent the brief offseason getting engaged.

Noteworthy: Won in consecutive weeks after the majors were over to secure his spot on his fourth straight U.S. team dating to the Ryder Cup in France. He’s had four partners in three cups, none of whom are on this team.

Noteworthy: He’s on a big roll with three wins in the last year, and he played with Tiger Woods in the British Open at St. Andrews. Through it all, his chief goal for the year was to make the Presidents Cup team.

Noteworthy: Partnered with Phil Mickelson in his lone Presidents Cup appearance at Liberty National. He has won the Dell Match Play and twice reached the championship match. Kisner was the 54-hole leader at Quail Hollow in the 2017 PGA Championship.

Noteworthy: He won the clinching point at the Ryder Cup last year at Whistling Straits. He capped off last year by winning the Race to Dubai in Europe. But he has rarely challenged to win this year and is on the verge of slipping out of the top 10. Will need a new partner for Quail Hollow after Dustin Johnson bolted for LIV Golf.

Noteworthy: He might have been the hottest player this summer, with wins in Hartford and Scotland. Throw in the Olympic gold medal last year in Tokyo and he is rarely too far off his game. This will be another chance to forge a formidable partnership with Patrick Cantlay.

Noteworthy: He won PGA Tour player of the year with his Masters, four wins, a tour money record, a runner-up finish at the U.S. Open and a close second at the FedEx Cup. Made an impressive Ryder Cup debut. He’s likely to partner with good friend Sam Burns unless Billy Horschel tries to claim Burns.

Noteworthy: Even though he missed the last Presidents Cup, Spieth will be playing for the fourth time. That makes him the most experienced Presidents Cup player on the U.S. team.

Noteworthy: His second PGA title dressed up an otherwise average year. He has played with Jordan Spieth in their last two Ryder Cups and likely will partner with him in the Presidents Cup for the first time. He has lost both his Presidents Cup singles matches.

Noteworthy: His arrival on the PGA Tour was slowed by the COVID-19 pandemic, but he has delivered as a rookie. His five runner-up finishes include the British Open, and he was right there at the PGA Championship. He’s a big hitter with a complete game.