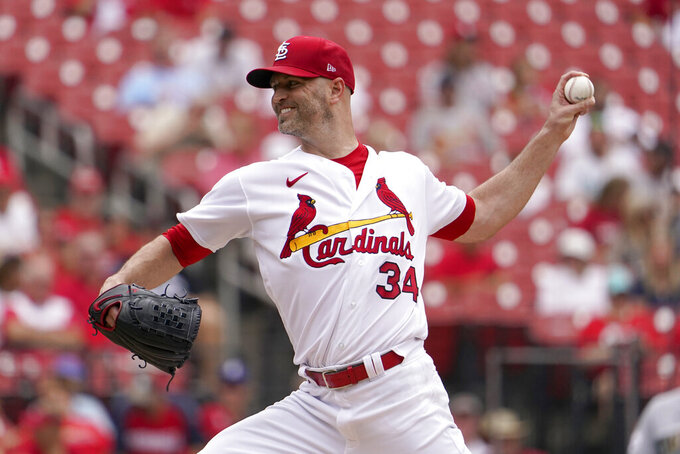 LOS ANGELES (AP) — Pitcher Walker Buehler was left off the Dodgers' roster for their one-game wild-card playoff against the St. Louis Cardinals on Wednesday night.

The move was expected because Buehler pitched five innings in Sunday's regular-season finale. He would start Friday in Game 1 of the NL Division Series if the Dodgers advance.

Julio Urías could be used in relief against the Cardinals. He would start Game 2 of the NLDS on Saturday. The left-hander won his major league-leading 20th game of the season last weekend.

The Dodgers are carrying 10 pitchers and 16 position players against the Cardinals. Pitcher Clayton Kershaw and infielder Max Muncy are injured.

Manager Dave Roberts said the team is holding out hope that Muncy could rejoin it later in the postseason because his dislocated left elbow doesn't require surgery. Roberts confirmed Kershaw is done for the season, although he doesn't have any ligament damage in his left throwing arm and won't require Tommy John surgery.

The Cardinals left pitchers Jon Lester and J.A. Happ off their roster.

Left-handers Lester and Happ were acquired at the July trade deadline and helped stabilize the St. Louis staff before the team went on its 17-game winning streak to earn the second wild-card spot.

The Cardinals are carrying 12 pitchers for the winner-take-all game, including right-hander Jack Flaherty. He is coming off a left oblique tear in May and a right shoulder strain in August. Manager Mike Shildt said he would work out of the bullpen.

Right-hander Seth Elledge was designated for assignment to open a roster spot. The team selected the contract of first baseman Juan Yepez from Triple-A Memphis, who is an injury replacement for Max Moroff.

The Cardinals went with catchers Yadier Molina and Andrew Knizner.